Researchers, students, and graduates from the University of York have collaborated with feature film production company, Goldfinch Studios, to bring the first green-screen movie adaptation of Shakespeare’s Macbeth to cinemas in the UK. 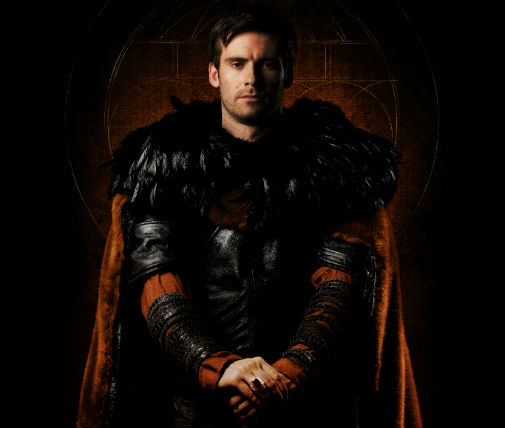 The new adaptation uses advanced visual effects techniques including motion control in a unique way to combine live actors shot against green-screen with atmospheric computer-generated backgrounds, to help create the surreal inner-world of Macbeth’s tortured mind.  The approach puts the audience at the centre of the story, much like a theatre experience does.

Judith Buchanan, Professor of Film and Literature at the University of York, co-wrote the screenplay and was Shakespeare Advisor to the film. Graduates from the Department of Theatre, Film and Television, who are now part of York company, Viridian FX, contributed to the unique look of the production.

John Mateer, a Senior Lecturer in TFTV, was the film’s Visual Effects Producer.  Additionally, several students from the Departments of TFTV and of English worked as interns on the project, which was shot at GSP Studios in Bubwith.

Kit Monkman, Director of Macbeth, said: “Macbeth is a story that has been told in many ways over many years through every type of medium, so it was a particular challenge to bring something new to this well-loved tale of love, murder, and madness.

“We aimed to bring out the imaginative power of the text and its deeply dark aesthetic.  Much of the story actually occurs in the mind of Macbeth and Lady Macbeth, so playing this out on green-screen meant we could engage the audience with the unreal nature of their imaginings in a much more intimate way than we could have done trying to put this in a ‘real’ location setting.”

The production blends elements of live action theatre, classical art and abstract computer imagery to reveal a Shakespearean world that has never been seen by cinema audiences before.  The combination of techniques aims to bring the audience closer to the action and collaborate in the world that Macbeth is creating in his mind.

Professor Buchanan said: “This is an aesthetically beautiful film with powerful central performances at its core. The film’s adventurously dynamic camera work and its digital rendering in post-production are pushing forward the boundaries of what is possible in cinema.

“We were keen to ensure that the story of a man whose marriage turns toxic and whose mind is deadened through his own brutal actions remained at the heart of what we were trying to do. Mark Rowley’s performance as Macbeth and Akiya Henry’s as Lady Macbeth take on this challenge with aplomb and produce performances that are genuinely moving.

“It was a pleasure to collaborate on the production and to involve our students and graduates in the movie-making journey, particularly as it offered the opportunity to rethink both what the technology can do, and what remains powerful and important about the Shakespeare play.”

Macbeth will be screened simultaneously across UK cinemas on one evening, Tuesday, 13 March. At select venues, experts in Shakespeare and Shakespeare on film will introduce the screening with a short introductory talk about the film.