Analysis of iodine trapped in Alpine ice has shown that levels of atmospheric iodine have tripled over the past century, which partially offsets human-driven increases in the air pollutant, ozone 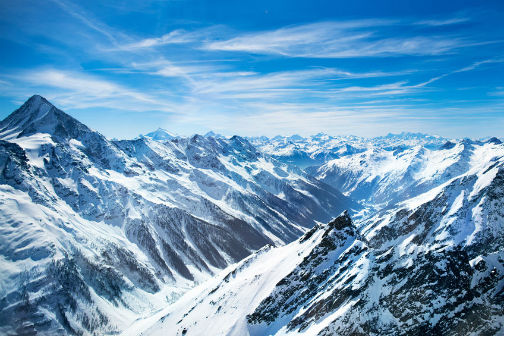 However, the study showed that although iodine can destroy ‘bad’ ozone, there isn’t enough to counter all of the production.  Researchers say it is now important to include iodine data in climate models that predict future global environmental outcomes.

Analysis of the Alpine ice, by scientists at the University of York, Université Grenoble Alpes, and Desert Research Institute, shows that iodine concentration began to increase after the Second World War following the growth in motor vehicles and electricity generation.

Nitrogen oxide emissions from vehicles  and power plants since the 1950s increases surface ozone, and this reacts with chemicals in seawater to release more iodine into the atmosphere, which partially, but not completely, destroys some of these harmful gases.

Professor Lucy Carpenter, from the University of York’s Department of Chemistry, said: “Iodine's role in human health has been recognised for some time - it is an essential part of our diets.

“Its role in climate change and air pollution, however, has only been recently recognised, and up until now, there have been no historical records of iodine in populated regions such as Europe.

“Due to the difficulty in accessing this kind of data, the impact of iodine in the atmosphere is not currently a feature of the climate or air quality models that predict future global environmental changes.”

The study in the European Alps has now provided new long-term insight into the delicate balance of ozone in the atmosphere.

Ozone in the lower atmosphere acts as an air pollutant and greenhouse gas, but ozone is also the main driver of iodine emissions from the ocean. Once released into the atmosphere iodine acts to destroy this ‘bad’ ozone.

The more ozone humans produce, the more iodine is released from the ocean which can then help destroy the ozone produced by humans. This means that iodine levels in the ocean can, at least partially, act to keep ozone gases in the lower atmosphere in check, but there isn’t enough to counter all of the production.

Dr Tomás Sherwen, from the University of York’s Department of Chemistry, said: “When we look at the concentrations of iodine over time, we can see that it was fairly steady during the industrial revolution.

“However as more cars appeared on the roads in the post-war period, we get more emissions of nitrogen oxides causing more ozone in the atmosphere and therefore more iodine.

“Surface ozone concentrations have stabilised over much of Europe and the Atlantic ocean, although are still growing over other regions.

“We can now start to think about factoring in our knowledge of iodine chemistry into climate and air quality models to help us better predict what the future of our atmosphere will look like around the globe.”

The research is published in the journal Proceedings of the National Academy of Sciences.