Loneliness can lead to increased risk of heart disease and stroke

People who feel lonely or socially isolated are at increased risk of developing coronary heart disease and stroke, researchers from the University of York have concluded. 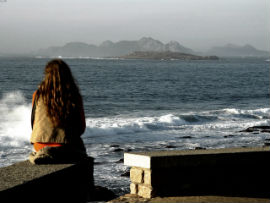 The report’s authors say efforts to prevent CHD and stroke would benefit from taking social isolation and loneliness into account.

The researchers undertook a systematic review using data from previously published studies to investigate the association between loneliness or social isolation and incidents of CHD and stroke.

They searched 16 electronic databases for long-term studies set in high-income countries and published up until May 2015.

The findings, which also involved researchers from Newcastle University and the University of Liverpool , are published in the BMJ’s Heart journal and funded through The National Institute for Health Research (NIHR).

“And similarly when we looked at stroke the effect estimates taken across the evidence suggested that people who are socially isolated had a 32 per cent greater risk of developing a stroke.

“We take risk factors like obesity and physical inactivity for granted whereas we don’t yet with social isolation and loneliness. The data supports us taking it seriously.

“If we put these findings into context what we found is comparable in size to the effect of other psychosocial risk factors such as anxiety and job strain.

“From the perspective of public health what our findings suggest is that efforts to prevent CHD and stroke would benefit from talking social isolation and loneliness into account.”

The paper: Loneliness and social isolation as risk factors for coronary heart disease and stroke: systematic review and meta-analysis of longitudinal observational studies can be found here: http://press.psprings.co.uk/heart/april/hrt308790.pdf

The National Institute for Health Research (NIHR) is funded by the Department of Health to improve the health and wealth of the nation through research. The NIHR is the research arm of the NHS. Since its establishment in April 2006, the NIHR has transformed research in the NHS. It has increased the volume of applied health research for the benefit of patients and the public, driven faster translation of basic science discoveries into tangible benefits for patients and the economy, and developed and supported the people who conduct and contribute to applied health research. The NIHR plays a key role in the Government’s strategy for economic growth, attracting investment by the life-sciences industries through its worldclass infrastructure for health research. Together, the NIHR people, programmes, centres of excellence and systems represent the most integrated health research system in the world.