Spotlight: The literary collaboration that unleashed a monster

PhD student Anna Mercer, from the University of York’s Department of English and Related Literature, discusses the evidence behind one of the most intriguing creative collaborations of the past two centuries.

The lake-side villa where Frankenstein was 'born'.

From a life littered with tragedy, public scrutiny, controversy and scandal, came a novel that would survive for 200 years, growing in popularity, studied and loved the world-over.

Frankenstein was the creation of a young woman born into a world on the edge of many new scientific, political, and artistic discoveries, but it was one stormy evening in a lake-side villa in Geneva that would finally unleash the monster that crept into Mary Shelley’s waking nightmares.

For PhD student, Anna Mercer, the story’s longevity wasn’t so much the result of its almost mystical beginnings, but the continued and profound interest in the professional and personal relationship between two of the most infamous writers of the Romantic period, without which Frankenstein would never have been born.

“One of the greatest mysteries is how intrigued people are with Mary and Percy Shelley and their circle of friends,” Anna says. “These authors were at work 200 years ago and not only did they struggle to get their works published but they experienced persecution because of their progressive views and ideas.

“The Shelleys even faced alienation from their respective families because of their writing and actions. Their perseverance was remarkable, however, and because of this determination they have reached millions of readers world-wide.”

Although Frankenstein was conceived in 1816 it wasn’t until 1818, when Mary was 20 years-old, that it appeared in print.  In the intervening years the story went through many iterations, some of which due to Percy’s intervention.  His annotations on her manuscript can still be seen today at the Bodleian library in Oxford.

The Shelleys today are among the most written about and talked about authors of their time, along with their friend Lord Bryon who was present at the gathering in Geneva; so why do researchers continue to dedicate so much academic attention to them, given that their work has experienced popularity for generations - is there anything left to say?

Anna explains: “The Shelleys, as Romantic authors, have had a turbulent critical history.  Broadly speaking it has been difficult to reconcile their incredible individuality as writers, and avoid embellished speculation about their personal lives, to see how the collaborative, supportive, but not always unequivocally unifying, environment provided by their relationship allowed them to produce the writings we read today.

“The extent to which I have found that Mary Shelley’s novels interact and respond to Percy Shelley’s poetry and prose, and vice-versa, is striking.”

Many academic studies of Mary Shelley have sought to liberate her from the shadow of her husband and change the perception that she was a lesser author for allowing Percy to contribute to her text.  Anna’s work aims to build on this, by providing more solid evidence of the collaborative working of the two writers. 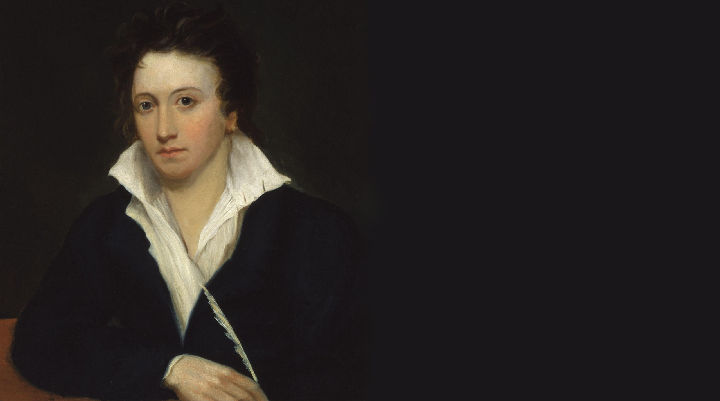 “Previous research has shown that Percy contributed 4,000 to 5,000 words to a 72,000-word novel and if you study Percy Shelley’s contributions you can see that his changes tend to be based on elaborating Mary Shelley’s language to a more Latinate idiom, and suggesting some narrative changes to embolden the story.

“Mary Shelley would also make suggestions to Percy Shelley about the tone or content of his writing; my work seeks to further establish this as fact, thereby confirming the reciprocal nature of their literary relationship.”

Next on the agenda for Anna is a one-day conference in September 2017, focused on the collaborative writing of the Shelleys, which is supported by the Centre for Eighteenth Century Studies at York and held at the Institute for English Studies in London.

She also aims to provide a catalogue of manuscript examples that shows the physical paper evidence of the close working relationship of Mary and Percy Shelley.

To learn more about Anna’s work, follow her blog at: https://percyandmaryshelley.wordpress.com

More information about postgraduate study at the Department of Engish and Related Literature can be found on the webpages.