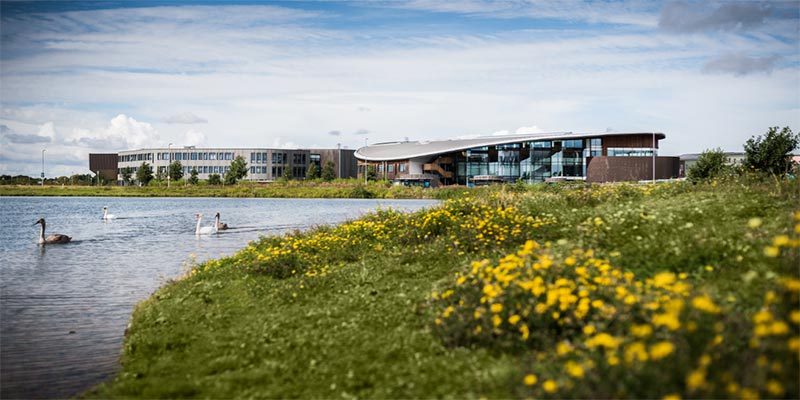 The University of York's Campus East was formerly a tract of intensively farmed arable land that has been transformed into a thriving biodiverse habitat of lake, lagoons, wet meadows and grassland.

With orchids, campion and viper’s bugloss among the flowers, and sand martins, reed warblers, skylarks, oystercatchers and little grebes among the birds, Campus East provides a special habitat for numerous species, and an ecology laboratory for York students.

Gordon Eastham, Grounds Maintenance Manager at the University of York, will discuss the initial development of Campus East and explain how this special habitat was created.

Find out how the landscape was planned and what needed to be done to transform the arable land into a biodiverse habitat, while still serving its function as a university campus.

The Rewilding Campus East talk will explore how biodiversity is just as much of an asset for students, staff and the public as the other facilities of the university, Gordon's talk will be followed by a Q&A session.

Gordon Eastham gained an HND in landscape and horticultural technology at Askham Bryan College, York. After working at the University of Leeds, he joined the University of York in 1994 as Supervisor of Grounds. He was heavily involved in the landscaping of the University’s Campus East and is now the Grounds Maintenance Manager.

This event is part of York Environment Week.