Scientists have identified a promising vaccine candidate for a parasitic disease that causes a chronic wasting disease in livestock animals across sub Saharan Africa. 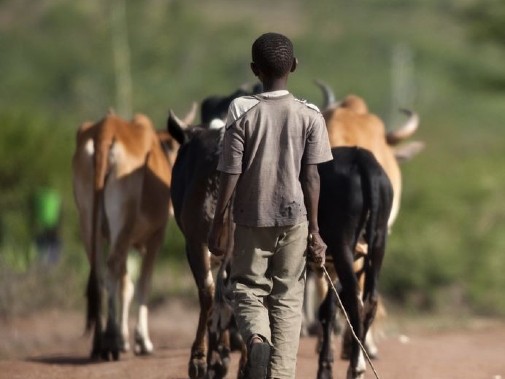 The disease called “Nagana” threatens the livelihoods of millions of people who depend on animals for milk, food and draught power.

It’s hoped the research  - from the University of York and the Wellcome Sanger Institute  - will help alleviate the socioeconomic hardship of people living in some of the most deprived regions in the world.

The disease is caused by Trypanosomes: insect-borne parasites that live in the blood which - in humans - are responsible for a deadly disease called African sleeping sickness.

Millions of people living in sub-Saharan countries are at risk of Trypanosome infections and the economic impact of the livestock disease is vast, with around three million cattle dying every year costing billions of dollars in lost productivity.

Trypanosomes have evolved sophisticated protective mechanisms that allow them to thrive in blood and have so far presented a barrier to develop vaccines - which would be an important tool to control these diseases.

The researchers identified a vaccine candidate that can elicit sterile immunity to T. vivax – one of the Trypanosome parasites responsible for nagana.

Professor Gavin Wright from the Department of Biology,  York Biomedical Research Institute  and Hull York Medical School said: “Vaccinating against Trypanosomes has long been considered a low value option to tackle this awful disease which affects the lives and livelihoods of people living in some of the most deprived regions on the planet. Because of their protective molecular armoury, developing a vaccine against these parasites seemed like trying to stop a tank with a peashooter.

“Our discovery identifies a vaccine candidate for an important parasitic disease that has constrained the socioeconomic development of sub-Saharan African countries and provides evidence that highly protective vaccines against trypanosome infections can be achieved.”

The research was in collaboration with Dr Andrew Jackson at the University of Liverpool.

Dr Jackson said: “Vaccines against parasites are notoriously difficult to produce. For 40 years, researchers have used a trial-and-error approach to look for vaccine candidates that protect against infection, but there are thousands of possibilities.

“The real strength of this research is its reverse vaccinology method. It considers all the options and hones in on the protective antigens, taking the luck out of the search. Discovery of this vaccine candidate is a fantastic breakthrough, it removes a long-standing obstacle to progress and will fundamentally change our approach to preventing livestock trypanosomiasis.”

The study was funded by the Wellcome Trust and the Biotechnology and Biological Sciences Research Council (BBSRC).