Scientists have identified proteins from horse milk in the teeth of people who lived in the grasslands of Mongolia more than 3,000 years ago. 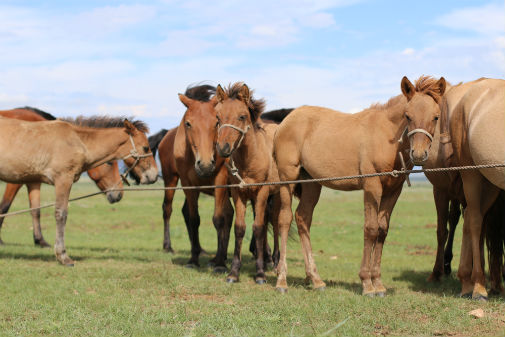 The research team uncovered the evidence embedded in the dental plaque of individuals found at Bronze Age sites dating to around 1200 BCE. The discovery suggests people may have begun to consume horse milk at the same time as early evidence indicates they started to practice horse bridling and riding as well as the use of horses at ritual burial sites.

The study, led by the Max Planck Institute for the Science of Human History and involving archaeologists from the University of York, also discovered that people were consuming the milk of camels by the time of the Mongol empire, founded by Genghis Khan in 1206.

Horse and camel’s milk is still a staple of some traditional Mongolian diets, along with dairy products from other animals such as goats, sheep, cows, yaks and reindeer. As people in Central Asia do today, ancient people may have fermented mare’s milk – which has a high lactose content - to make alcoholic beverages.

The researchers suggest that the use of horses for milk may have allowed ancient people living in the arid conditions of the Mongolian grasslands to adopt a nomadic farming lifestyle, moving through the landscape with their livestock. 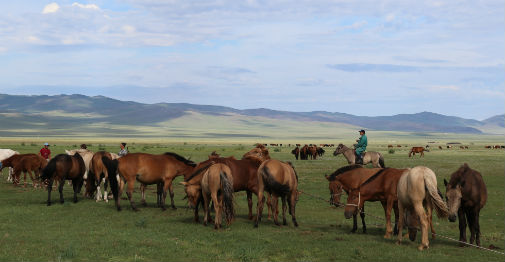 Senior author of the study, Dr Jessica Hendy, from the Department of Archaeology at the University of York, said: “Our study traces the history of horse milk consumption, although it could be that people consumed horse milk even earlier. Like in modern-day Mongolia, horses would have enabled ancient people to manage large herds of livestock, transport people and supplies as well as providing a source of milk and meat.”

In collaboration with the National University of Mongolia, the researchers examined the calcified dental plaque (dental calculus) of 32 individuals ranging from the late Neolithic through to the Middle Ages.

Dental plaque can offer unique insights into the diets of ancient people because dietary proteins are entrapped within it when it is mineralised by components of saliva to form tartar or ‘dental calculus’.

Milk proteins were identified in the dental calculus of 72% of the individuals. The earliest individual to show evidence of dairy consumption lived around 5000 years ago and consumed milk from ruminant species, such as cattle, sheep, or goats.

This is the earliest evidence of milk consumption ever to have been identified in East Asia.

Lead author of the study, Shevan Wilkin from the Max Planck Institute for the Science of Human History said: “In order to form a clearer picture of the origins of dairying in this region, we need to understand the impact of western steppe herder migrations and confirm whether dairying was occurring in Mongolia prior to their arrival.”

This research is published in the journal Nature Ecology & Evolution.