Go behind the scenes of Poldark at York Festival of Ideas

The BAFTA award winning writer of the BBC’s hit drama, Poldark, will be in conversation with the historical consultant for the series at a York Festival of Ideas event this summer. 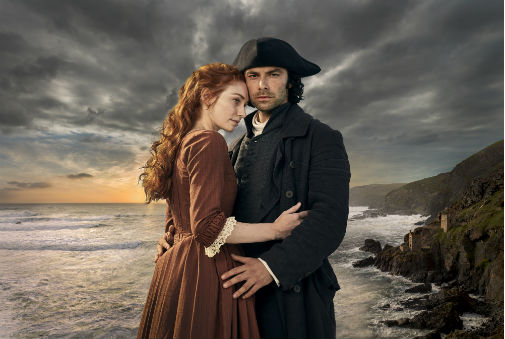 How did the creators of BBC's Poldark bring the books' characters to the screen?

Debbie Horsfield, a writer for both theatre and TV, is the only writer of all five series of Poldark, which is due to reach its climax in 2019 on BBC1 with the final adaptation of Winston Graham’s series of historical novels.

Poldark, a series of 12 books published between 1945 and 2002, focuses on the life of British Army officer, Ross Poldark, following his return to his home in Cornwall from the American War of Independence. After attempting to restore his family fortunes by opening a copper mine, he marries a local servant, Demelza Carne.

Dr Hannah Greig, from the University of York’s Department of History and an experienced consultant for film, television, and theatre productions, has worked on the series since it began, advising on the social, political and material history of Poldark’s 18th century world.

Dr Greig, said: “An historical advisor provides a production with high-quality historical information that allows a writer, director and others involved in the process to make well-informed choices about a drama’s historical content rather than ‘mistakes’.

“It has been a privilege to work with the Poldark team at Mammoth Screen over the years and the series writer, Debbie Horsfield, and I am looking forward to sharing our experiences of the show with audiences at the York Festival of Ideas, and what it has meant to bring these much-loved characters to the screen.”

Dr Greig was also historical consultant to this year’s Oscar winning, The Favourite, staring Olivia Coleman; The Duchess, staring Keira Knightly; and television’s Death Comes to Pemberley, among others.

Debbie Horsfield’s other writing credits include the theatre’s Sex, Chips & Rock N’ Roll, the Musical, and television’s Cutting It, and All the Small Things. In 2016 she received the BAFTA Audience Award for Poldark.

The double award-winning York Festival of Ideas will run from 4-16 June 2019 with a programme of over 200 mostly-free events on the theme of ‘World of Wonder’.

The Festival was established and is coordinated by the University of York. It has grown to become one of the largest free festivals of its kind in the UK, last year attracting an audience of over 40,000.

Behind the Scenes of Poldark will take place on Saturday, 8 June, between 7pm and 8pm, at the Yorkshire Museum, Museum Gardens.