Conservation work has returned the striking coat of arms above the entrance to York’s historic King’s Manor to its former grandeur.

Now part of the University of York, the King’s Manor was originally the Abbot's House of St Mary's Abbey, and served the Tudors and Stuarts as a seat of government. As the headquarters of the Council of the North, it was the official residence of the President of the Council and played host to visiting royalty. Henry VIII, Charles I and James I all stayed there.

The restored coat of arms is that of Charles I who stayed at the King’s Manor in 1633 and 1639. Heraldically, it is described as quarterly and depicts the emblems of France, England, Scotland and Ireland. 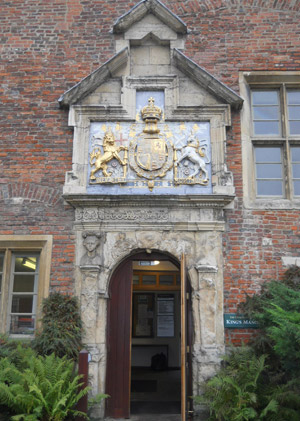 As existing prior to any work (credit: Helen Stephenson)

Helen Stephenson, from the University’s Estates Department, who managed the project, said: “The driving force behind the conservation work was a suggestion by Professor Sir Ron Cooke, former Vice-Chancellor of the University, that embarking on the restoration would be a fitting way for the University to support the York 800 celebrations and Reinvigorate York.

“The process began with a detailed condition survey and architectural paint research in November 2011, which led to some quite significant stonework repairs and the repainting of the coat of arms.”

Professor Sir Ron Cooke said: "Reinvigorate York has been encouraging organisations in York to contribute towards the improvement of the quality of the public realm in the city centre. The restoration of the unique Charles I coat of arms is a remarkable and successful achievement. It will add to the pleasures of our townscape for decades to come, and is a real credit to the University's commitment to both the city centre and to the exceptionally fine buildings of the King’s Manor."

The work was carried out by Hirst Conservation on behalf of the University of York and builds on earlier restoration work by the York Civic Trust in 1972.

Peter Addyman, Chairman of the York Civic Trust, said: “The restored coat of arms looks fabulous and is an excellent example of modern conservation in practice.”

Dr Kate Giles, from York’s Department of Archaeology, which is based in the King’s Manor, added: "The coat of arms has become an iconic symbol for the City and the University of York.

“As a Department which specialises in the conservation of the historic environment, it has been wonderful to see Hirst Conservation's painstaking work on the arms, with advice from the York Civic Trust. I am sure that current staff, students, residents and visitors will be impressed by the vibrancy and clarity of the heraldic achievement and will hopefully be further encouraged to explore the history and facilities of our city-centre campus and Refectory as a result."

The conservation work was undertaken in two phases in 2012 and last year. 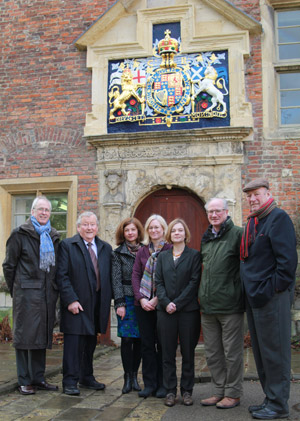 Liz Hirst, Principal Conservator of Hirst Conservation, said: “The paint research indicated that the coat of arms had been stripped of historic paint layers in the past and the existing paint layers were modern paint schemes.  The paint was failing and could no longer provide a suitable surface onto which re-decoration could take place.

“We therefore advised paint removal together with consolidation and repair of the stonework and re-decoration. Sabina van de Bruck, who is an accredited conservator and has been with Hirst for 13 years, undertook much of the site work with great diligence.”

After repair of the stonework, heraldic colours and detailing were applied and gilding carried out in 23¾ carat gold using loose and transfer gold leaf.

The work was finished at the end of 2013, and a protective varnish will be applied using conservation grade materials later this year.

What the coat of arms shows

A particular feature of the arms is that instead of a proper crest of a Lion Passant Crowned, there is a regal crown with a cartouche below, which was re-carved in the previous restoration by the acclaimed York sculptor Dick Reid.

Look carefully and you will see that the ‘N’ in the motto ‘Dieu et Mon Droit’ (‘God and my right’) is backwards, leading to speculation about why. Was this a careless stonemason’s error in the original carving?

How the work was carried out

The first phase of the restoration from June to October 2012 included further research into the stone type and pointing mortars used, as well as the removal of the degraded and failing paint films using materials that would not leave any residue within the stonework.

Following the removal of the paint, the condition of the stonework was further reviewed and extensive repair and consolidation work carried out. Repairs were undertaken using lime-based materials and included consolidation using nanolime, a new product which puts calcium carbonate back into the stone and does not introduce any alien or incompatible materials. The apex stone to the pediment was found to be beyond repair and replaced with magnesian limestone.

The stonework was then left for 10 months to ensure the treatment had been successful and all materials had cured.

The second phase from August to November 2013 involved the re-presentation and redecoration of the coat of arms. The colours and design followed the 1970’s restoration which had been carried out under the supervision of cathedral architect George Pace.

The coat of arms was redecorated using a traditional lead based paint. A primer and two undercoats were followed by coloured undercoats to the different coloured fields.  Finally, the heraldic colours and detailing were applied and gilding carried out in 23¾ carat gold using loose and transfer gold leaf. 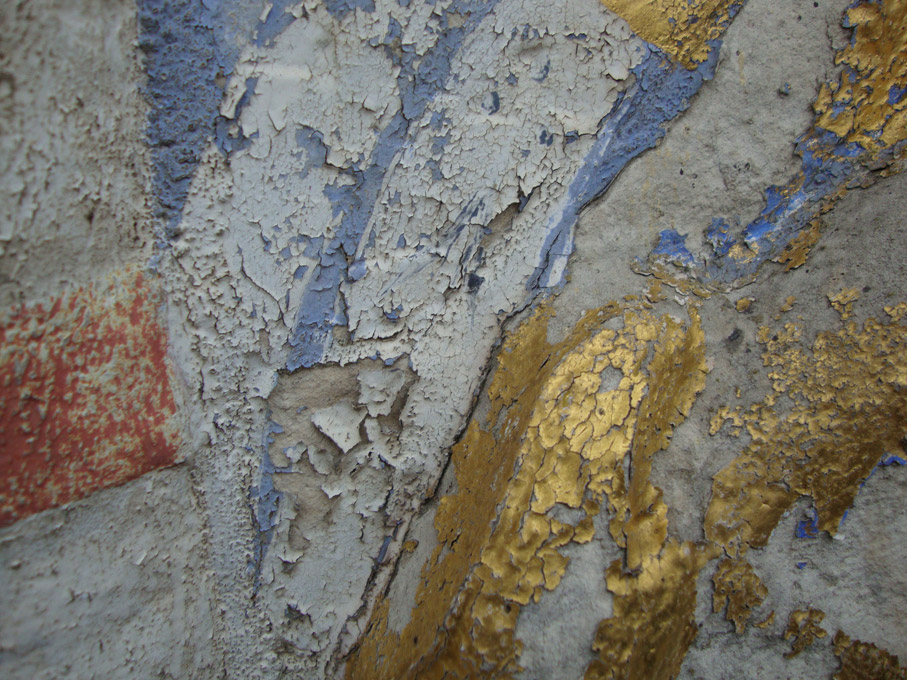 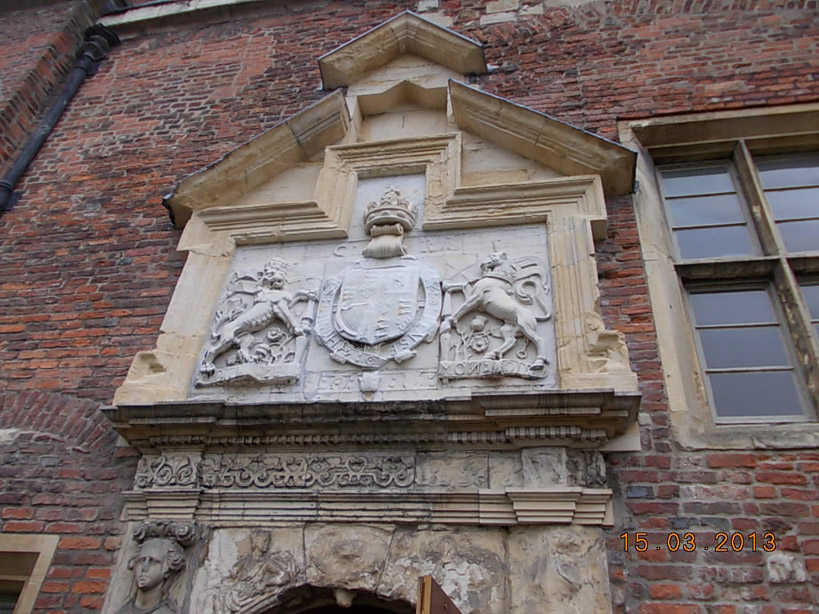 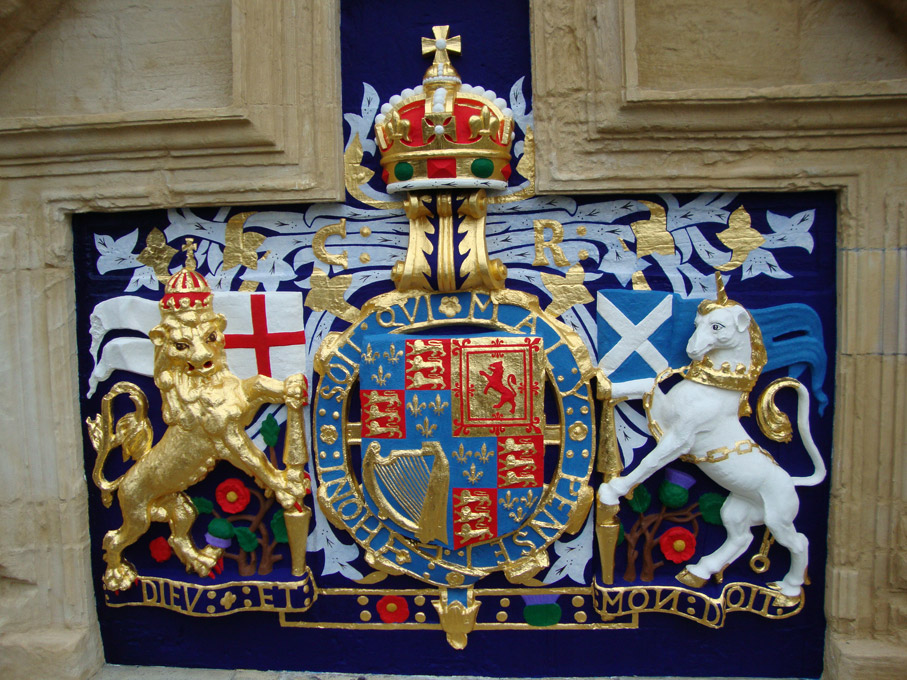