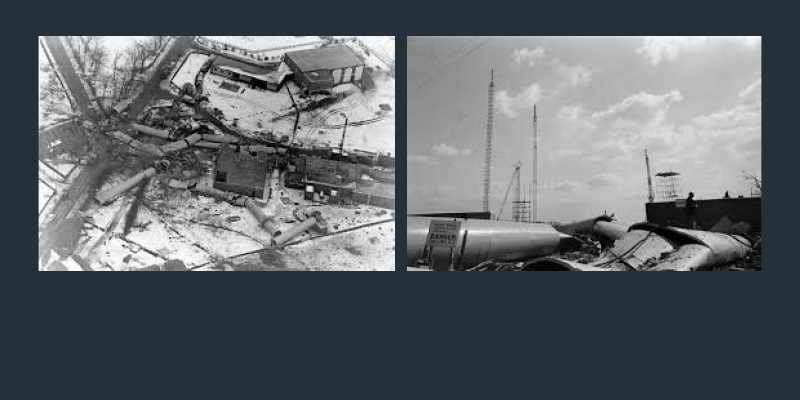 When the second Emley Moor tower collapsed in 1969, David was Network Coordinator at the Post Office North Eastern Region.

The talk begins with David’s initial shock at the scale of the disaster and his realization that solutions were going to have to be found and effected quickly.  He then reflects on a brief history of television broadcasting in the UK and how the Post Office was involved, and why the tower was sited at Emley Moor.  The precautions against falling ice are illustrated with a series of photographs of the collapsed tower. The restoration of Post Office links to Emley Moor is described together with the initial construction of the temporary ITA and BBC masts.  A brief description of the construction of the concrete tower brings the talk to an end but as a tailpiece, a diagram shows how things are done now, fifty years on.