Home>News and events>Events>Open lectures>Autumn 2019>Why and how is our DNA woven into chromosomes? 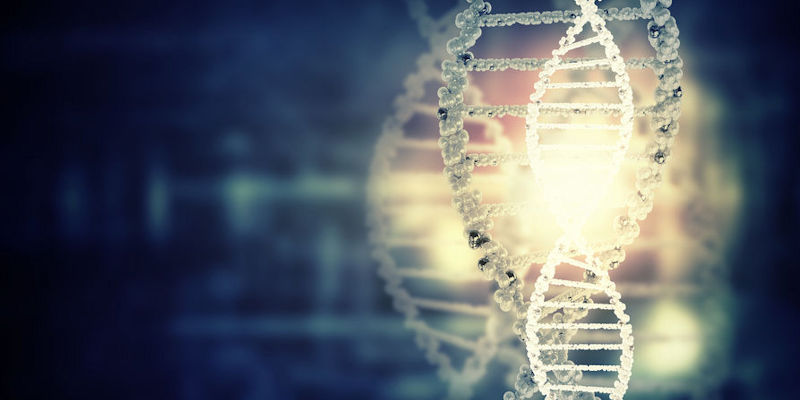 Why and how is our DNA woven into chromosomes? Professor Kim Nasmyth, University of Oxford

Because they contain the information sufficient to produce most of a cell’s macromolecules and enzymes, chromosomes are the only truly essential cell constituents. The explanation for this uniqueness is now well understood. Each chromosome contains a single molecule of double stranded DNA, which is composed of a pair of anti-parallel strands that associate with each other through complementary base pairing.

The instructions for producing most of the cells proteins and enzymes are encoded in the sequence of base pairs along each individual strand. Every time a cell divides to produce two daughter cells, double stranded chromosomal DNA is unwound and each single strand so produced is converted by DNA polymerases to a double stranded version using complementary base pairing, thereby creating a pair of sister DNAs from a single parental DNA.

However, the propagation of chromosomal DNAs during cell division cycles also requires that sister DNAs produced during replication are subsequently moved to opposite sides of the cell prior to division. Correct chromosome segregation of this nature is essential for both daughter cells to inherit a complete set of chromosomal DNAs and thereby a complete set of instructions necessary to program further rounds of cell division or indeed the cell differentiation necessary for embryological development. Chromosome segregation, which is called mitosis, requires that each sister DNA be packaged into thread-like chromatids, for otherwise chromosomal DNAs would occupy too large a volume and would become hopelessly entangled.  Mitosis also requires that sister chromatids remained interconnected until their final disjunction, a phenomenon called sister chromatid cohesion that is also fundamental for the generation of haploid gametes from diploid germ cells during meiosis.

Professor Kim Nasmyth's talk will describe the discovery and characterization of a remarkable set of enzymes that are responsible for chromatid formation and for sister chromatid cohesion. Because the process of organizing DNAs into chromatids is fundamental, the proteins involved, namely Smc and kleisin proteins, are found in all living organisms on this planet.