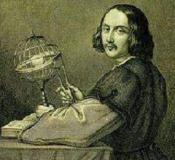 Georg Joachim von Lauchen Rheticus (1514-1574) was Copernicus’ only student and instrumental in the publication of the latter's 'De Revolutionibus'. Rheticus contributed several additions himself including various narrations and the first published sine and cosine tables. He was also one of the first to study mapping with the aid of instruments and to accurately predict the time of sunrise on any given day. In 1551, he was forced into exile from Leipzig following a homosexual affair. He then moved to Kraków where he continued making instruments for astronomical observation. Posthumously, his own student published his ‘Science of Triangles’ which included trigonometric tables for all 6 trigonometry functions accurate enough for use into the early 20th century.

Antonia Jones (1943-2010) studied number theory at Cambridge in the 1960s, looking at roots of unity and Diophantine equations. She became progressively more interested in computing where she explored acoustic pattern recognition and game theory. Having contracted polio as a child, she set up her own firm for creating random access video controllers, thereby making early computers much more accessible. Her mathematical work also let her expose security loopholes in bank infrastructure and develop high security cryptography.

Peter Landin (1930-2009) was born in Sheffield before going on to Cambridge where he completed his maths degree in two years. He then continued onto Part III which he barely passed despite spending his national service drilling his squad in binary addition. Laudin went on to set up the computer science program at Queen Mary’s University London, where he realised lambda calculus could be used as a basis of a universal programming language which ultimately led to the development of Java. In his later years, he moved away from computing, joining the Gay Liberation Front in the 1970s with his house becoming a gay commune.

Sophie Wilson (1957 - ) was born in Leeds as Roger Wilson to an English and Physics teacher. She studied mathematics and computer science at Cambridge where, during one holiday, she developed a microcomputer and microprocessor to electronically control cow feed. She went on to develop the BBC Mirco which was a series of microcomputers that, in conjecture with the BBC, introduced computing and programming to the wider British public in the 1980s. She also developed the RISC processor which has become one of the more successful IP cores and was used in 95% of smartphones in 2012. She is regarded as one of the most important women in tech history. 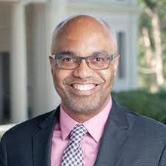 Ron Buckmire (1968 - ) was born in Grenada before moving to the US where he studied applied mathematics at the Rensselaer Polytechnic Institute looking at computational fluid dynamics. He has since used non-standard finite difference to study a range of real-world problems including modelling the financial performance of cinema. Buckmire has also been recognised as a leading LGBTQ+ civil rights activist who, among other achievements, organised a mailing list which led to the development of Spectra, an organisation for LGBTQ+ mathematicians.