Jack Hatfield discusses why the way we quantify change in species communities is important.

Counting is a skill that we learn pretty early on and is crucial to multiple aspects of modern life. It is a skill that is also needed in a range of academic disciplines. Take ecology, it does indeed include quite a lot of counting at many levels. For example, by counting the spots on the ladybird above I can tell which species it is - a Seven-Spot Ladybird (although most species are a bit trickier). I may count how many individual ladybirds there are in a particular location or how many different species there are. This provides me with measures of species richness and abundance but are these all I need to consider?

We may often try to quantify how many species there are at a particular site or point in time. This provides a count of species - species richness. But if one site has 100 species and so does another, then what does this tell us about these places? Why is the number of species important anyway? There are a multitude of reasons why conserving species is important and plenty written on the subject. Here we focus on one aspect – the relationship between biodiversity and ecosystem functions.

The recent report by the Intergovernmental Science-Policy Platform on Biodiversity and Ecosystem Services outlined that ecosystem functions (e.g. carbon sequestration) are being altered by human activities which has impacts on the services and other contributions provided to people by nature (IPBES, 2019). Species communities with higher richness (more species) are more likely to provide a stable supply of ecosystem functions and services because different species show different responses to change and therefore a diverse portfolio provides this stability (Hooper et al., 2005). So more species mean increased service stable stability, therefore making species richness a good measure? But how do we know if we have lots of species doing similar things or lots of species doing different things? Well, the functioning of ecosystems is dependent on the traits of the species (Hooper et al., 2005). We know that species are not the same and that they perform different roles in ecosystems. Obtaining and quantifying this information for all species however would take a phenomenal amount of research. By using functionally important traits such as body size and diet we can attempt to analyse this without requiring extremely detailed information on the actions of each species and its relationships with others. 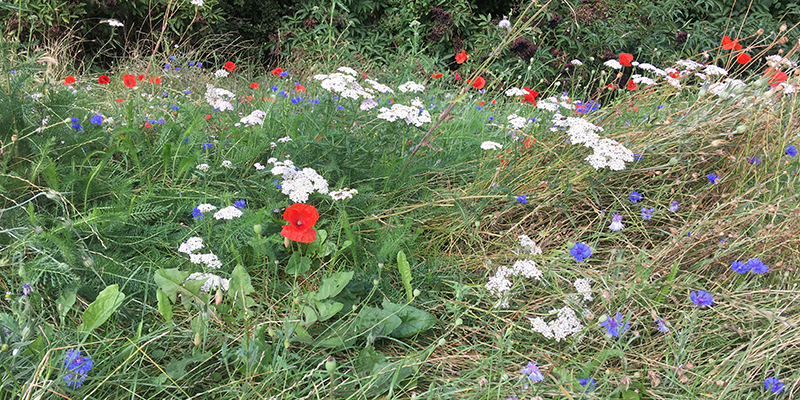 Communities contain many different species with different traits and functions.

This has resulted in the increasing use of functional diversity as a method of quantifying this breadth of roles and functions. Originally many studies focused on functional groups (for example, splits based on diet), building on the information gathered to provide species richness estimates by compared the number of different groups or species richness within groups between times and places. The problem is this approach includes a large amount of classification decisions and ignores any variation within groups (Petchey and Gaston, 2006). There has now been a move towards trying to quantify the range of niches occupied by the species in the community with metrics such as functional richness (Mason et al., 2005).  Multiple axes (dimensions) can be created based on continuous species traits (or ordination axes) deemed important, allowing a volume to be calculated (Villéger et al., 2008). This is the multidimensional equivalent of taking the difference between the maximum and minimum values if only a single trait was considered (Villéger et al., 2008). These metrics have been widely used since they were first proposed. Comparisons between species communities allow understanding of if they have similar species performing similar roles. They also help identify whether changes in ecosystem functions are to be expected by indicating if there has been a shift in the niches occupied by the community. If the loss and gain of species results in a community composed of species with roles that are very different to those performed by the species in the original community, then ecosystem functioning is likely to be altered.

So, what really counts? It isn’t just the number of species we have to consider, we also have to look at what they do and the functions they perform.