The University of York’s Vice-Chancellor has voiced his support for York’s bid to be the location for the Great British Railways (GBR) headquarters. 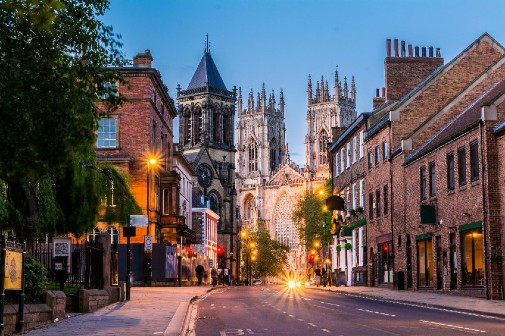 The public have until Monday, 15 August to vote for the city they want to 'win'

Professor Charlie Jeffery’s comments were made during Rail Minister Wendy Morton’s visit to York, as part of a tour of the shortlisted cities vying to become the new headquarters for GBR, which will oversee rail infrastructure, ticket prices and timetables.

During her visit to York she was shown the railway station, the Aviva building, and the Hudson Quarter on the original site of York’s first permanent railway station.

Vice-Chancellor of the University of York, Professor Charlie Jeffery, said: "The Levelling Up White Paper makes it clear that every region needs a strong and resilient city to drive levelling up. This means that locating GBR in York would be great news not just for York, but also the wider regional economy - supporting the burgeoning cluster of rail tech industries across the region and opening up opportunities for some of the UK’s most disadvantaged communities.

“The University’s research expertise in robotics, autonomous systems and AI means that we can provide all the latest developments in railway technologies. Alongside our city partners, we can play a vital part in providing the highly-qualified workforce GBR will require to achieve its ambition.”

A public vote is open until Monday, 15 August for people to say which city they would like to win, and the final decision will be made by Transport Secretary Grant Shapps later this year.

Rail minister, Wendy Mortan, said: “I’ve really been struck by what I’ve been shown, the opportunities that are here, and that sense that York’s got a proud history, but York is also looking to the future.”

To vote for York before the 15 August closing date, click here.