Tanzania forest protected as a result of major scientific discoveries

The United Republic of Tanzania has announced it will protect a globally unique forest ecosystem in East Africa, following research that demonstrated it is under threat from illegal activities including tree-cutting for charcoal and the poaching of elephants and other animals. 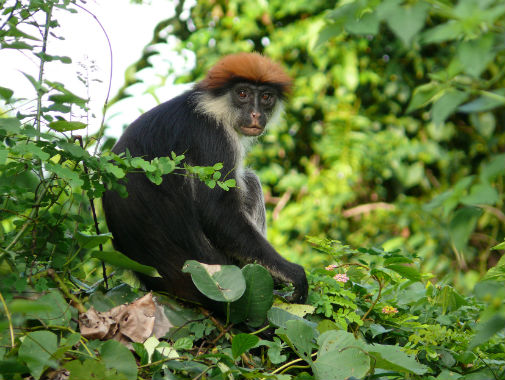 Previous research had shown that the Magombera Forest in Tanzania could disappear by 2018 if action wasn’t taken to protect it.

A conservation programme, called the Udzungwa Forest Project, led by the University of York in partnership with UK-based theme park and conservation zoo, Flamingo Land, Tanzania Forest Conservation Group (TFCG) and with help from local villages, demonstrated the significance of the unique wildlife and importance of the land to the people of the region.

In 2018 the Udzungwa Forest Project and TFCG, reached their target of $1 million to protect the forest in partnership with nearby villages and the Tanzania Forest Services Agency. 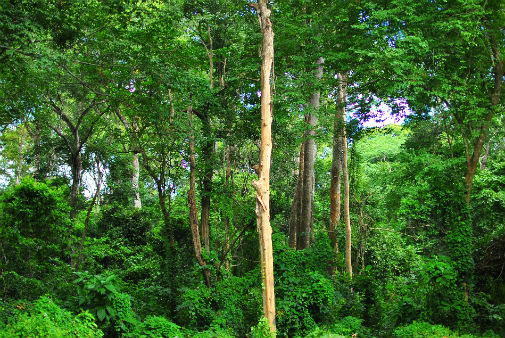 The Government of the United Republic of Tanzania, with financial and scientific support from the World Land Trust, the Rainforest Trust, Flamingo Land and Aage V. Jensen Charity Foundation, will now create a 6,463 acre Magombera Nature Reserve to protect the plants and animals of the forest.

Project leader, Dr Andy Marshall, from the University of York’s Department of Environment and Geography, said: “Protection for these lands follows more than 40 years of research and consultation.

“When I first began work in the forest 15 years ago it was clearly a biologically important place, but it rang with the sound of axes and machetes.

“Over the past few years we have worked with local villages to find alternative sources for wood and have even managed to reduce the frequency of wildfires, invasive vines and tree-cutting in Magombera, leading to thousands of small trees now growing back into the once almost empty forest.” 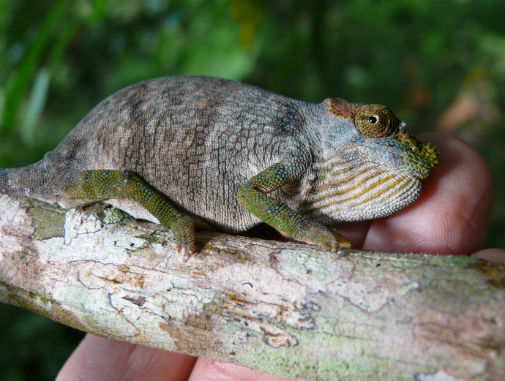 The conservation value of the forest first became known in the 1970s, but received international attention through the discovery of a new chameleon species that was spotted escaping the jaws of a snake by University of York researcher, Dr Andy Marshall, in 2009.

The discovery of the Magombera chameleon, Kinyongia magomberae, was a major incentive for increased donor support and interest in protection of the forest, along with the identification of the endangered populations of Udzungwa red colobus monkeys; Verdcourt’s Polyalthia tree; large-leaved Memecylon tree; and Luke’s Cynometra tree.

Dr Paul Salaman, Chief Executive Officer of Rainforest Trust, said: “As well as the Magombera chameleon and the red colobus monkey, the region is also home to numerous other internationally threatened species of plants and animals, including the Udzungwa dwarf galago, African elephants, and hippopotamus.

“It is also an important place for local communities who depend on the adjacent land for rice and sugar farming.” 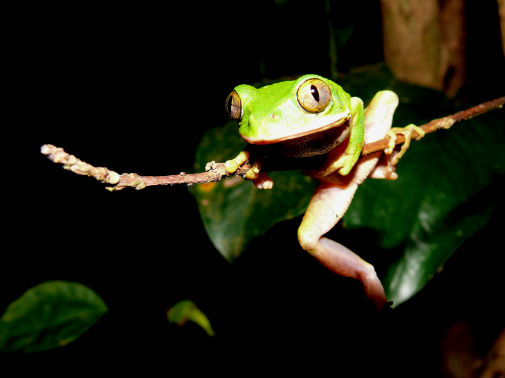 Without the environmental services provided by the adjacent forest, the agricultural region would become under serious threat from floods and soil erosion, making life in the surrounding villages increasing challenging.

In partnership with the Udzungwa Forest Project, additional funds from Rainforest Trust are now being used to develop and implement a conservation management plan for the new reserve, which will include the ways in which tourists can visit the forest, to the benefit of the local communities, and view the colobus monkeys without disrupting any wildlife habitats.

Charles Meshack, Executive Director at TFCG, said: “The Magombera Nature Reserve will break boundaries in forest conservation in Tanzania, by ensuring that tourist entrance fees will go both to local communities and to the government managing authority.

“This is a major achievement for forest conservation that will help both wildlife and people, in a way that differs from any other reserve that I know.” 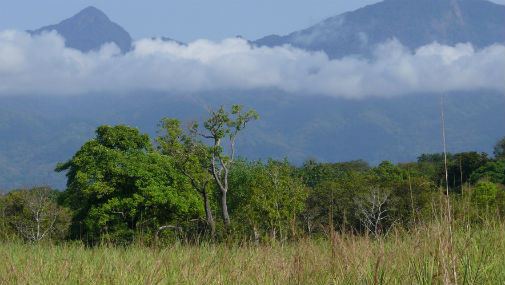 Tanzania has one of the best records for designating protected areas in the world. More than 40% of its land area is under protected status. The new nature reserve aims to ensure that the needs of the people that live alongside protected lands, however, are addressed in order to best support local livelihoods.

Gordon Gibb, Flamingo Land’s owner, said: “Research findings have played a significant part in securing the future of the forest, but forming a collaboration between charitable organisations, government and universities, we have a much better chance of conserving this important landscape and the animal and plant life that exist there.”

The project is supported by the Government of the United Republic of Tanzania, with financial and scientific support from the World Land Trust, the Rainforest Trust, Flamingo Land and Aage V. Jensen Charity Foundation.

Explore more of our research here.