A new study suggests that UK newspapers are not adhering to guidelines when they report on suicides involving people who are transgender. 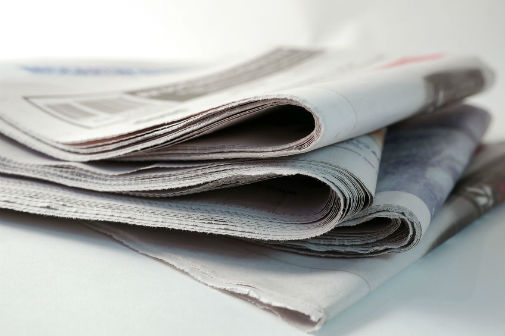 Reporting guidelines are designed to minimise the risk of imitative suicide.

The research, from the University of York and Hull York Medical School, suggests that newspaper articles about suicide in transgender people do not adhere to guidelines designed to minimise the risk of imitative suicide (sometimes called “copycat” suicide).

Common breaches of the guidelines included using stigmatising language, reporting what was written in a suicide note, or speculating on what might have driven an individual to take their own life.

Previous research has shown that transgender individuals are at high risk of suicide, with 40% saying they have attempted suicide at least once before.

Lead author of the study, Jaime Bolzern, a medical student at the Hull York Medical School, said: “Prominent media coverage of suicidal acts can be followed by imitative suicide, and this is why it is so important that news stories about suicide stick to expert guidelines to reduce this risk.

“Adhering to guidelines involves things like avoiding mentioning the suicide method, and making sure suicide hotline numbers are provided in the article.”

The researchers searched 10 years of UK newspaper archives between 2007 and 2017 to find articles about transgender people who had taken their own lives, and checked whether they adhered to suicide prevention guidelines set out by the Samaritans, the World Health Organization and the National Union of Journalists.

The researchers found no clear evidence that some UK newspapers were better at adhering to guidelines than others.

Previous research looking at reports on suicides from any community in online articles from UK news sources found that 87% breached at least one guideline.

Dr Dean McMillan, from Hull York Medical School and Department of Health Sciences at the University of York and an author of the paper, said: “Because we know people are more likely to be affected by imitative suicide if they share characteristics like their age or gender with the person whose suicide was in the news, we were particularly interested in seeing whether newspapers report suicide deaths in the transgender community in a responsible way.

Jaime Bolzern added: “We don’t want to discourage the media from talking about suicide— it’s really important to be able to have that kind of discourse, especially when it affects people from populations which often face marginalisation, such as the transgender community.

“However, if that kind of reporting might pose a risk to its readers, it’s time to reassess the way that reporting is done. We hope newspaper editors and journalists will look carefully at these new findings and exercise greater caution, sticking to suicide reporting guidelines to protect the mental health of all their readers, both transgender and cisgender.”

Further information and support on the issues discussed in this article is available via: https://www.samaritans.org/

Responsible journalism, imitative suicide, and transgender populations: A systematic review of UK newspapers is published in the Journal of Gay and Lesbian Mental Health.