Researchers at the University of York are calling for a re-evaluation of the definition of ‘small-scale’ fishing vessels, following a study that shows the impact of these vessels are underestimated. 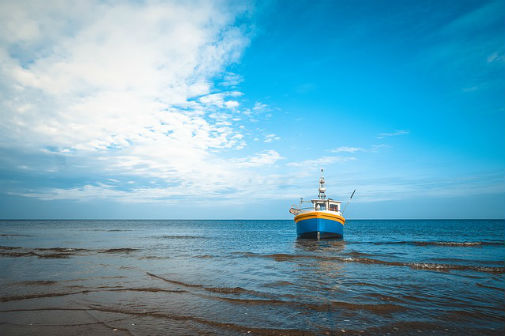 Legislators have recently committed to more support for small-scale fishing vessels using sustainable methods, alongside a government white paper that states reform of the management of English inshore fisheries is needed post-Brexit.

New research at the University, however, has shown that the impact of small-scale fishing vessels is currently skewed by a length-based definition of scale which doesn’t account for fishing capacity.

Whilst some small boats catch small volumes of fish, others have the ability to catch significantly more, despite being grouped in the same ‘small-scale’ category, the report says.

Dr Bryce Beukers-Stewart, from the University of York’s Environment Department, said: “The UK government characterises small boats as less than 10 metres in length, which account for 76% of all fishing boats in England.

“Under current UK law this means that more than half of the boats in England are only permitted to catch less than 5% of the available fish quota in its surrounding waters. This means these smaller boats move to target non-quota species instead, such as lobsters and crabs and other species such as cuttlefish that are popular on the continent, or whelks which are a delicacy in South Korea and form the main target fishery for English inshore vessels.

“Fisheries for these types of species, largely shellfish, typically lack data or effective management, which mean there is a threat to the sustainability of fish stocks and the small boats themselves.

Peter Davies, who led the study while doing his MSc in the Environment Department at York, said: “If only 24% of boats in England - those above 10 metres - hold rights to over 95% of the fishing quota, then we clearly have an imbalance that needs resolving.

"By re-evaluating the capabilities – and therefore the definition of ‘small-scale’ vessels, it will help us point to the kind of support they need going forward.”

The researchers showed that not only can some under 10 metre vessels carry a lot of fishing gear and catch fish in large volumes, but many are also fitted with the latest technologies to locate fish and catch them.

Despite this capability, the study showed that small boats generally have a low impact on the wider environment due to the static equipment they use to fish, such as nets and pots, that don’t disturb the seabed, compared to the dredges and trawls commonly used by larger vessels.

Researchers hope that the new findings will prompt new thinking on ’small-scale’ fishing and the kind of support needed post-Brexit in order to be sustainable and help enhance their local economies and coastal communities.

The study, in collaboration with the New Economics Foundation (NEF), is published in the journal Marine Policy.