Is there a universal hierarchy of human senses?

Research at the University of York has shown that the accepted hierarchy of human senses – sight, hearing, touch, taste and smell – is not universally true across all cultures. 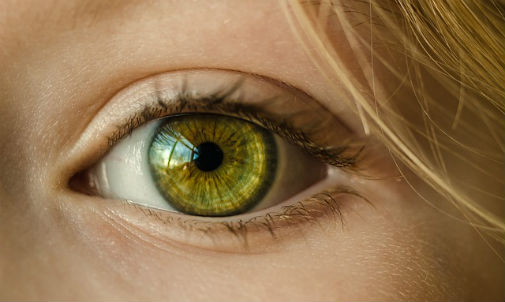 English language speakers communicate best about what they see and hear

Researchers found that rather than being able to predict the importance of the senses from biology, cultural factors were most important.

Study revealed that cultures which placed particular value on their specialist musical heritage were able to communicate more efficiently on describing sounds, even when non-musicians were tested. Similarly, living in a culture that produces patterned pottery made people better able to talk about shapes.

The findings could prove significant for a range of practices in education and other professions to help further enhance how people understand and utilise their sensory perceptions of the world.

Professor of Language, Communication, and Cultural Cognition at the University of York’s Department of Psychology, Asifa Majid, said: “Scientists have spent hundreds of years trying to understand how human sensory organs work, concluding that sight is the most important sense, followed hearing, touch, taste and smell.

“Previous research has shown that English speakers find it easy to talk about the things that they can see, such as colours and shapes, but struggle to name the things that they smell.  It was not known, however, if this was universally true across other languages and cultures.”

To answer this question, an international team led by Professor Majid, conducted a large-scale experiment to investigate the ease with which people could communicate about colors, shapes, sounds, textures, tastes and smells.

Speakers of 20 diverse languages, including three different sign languages, from across the globe were tested, ranging from hunter-gatherers to post-industrial societies.

If the commonly accepted hierarchy of the senses were true, participants in the study should have been able to communicate about vision most easily, followed by sounds, such as loud and quiet; textures, such as smooth and rough; taste, such as sweet and sour; and smell, such as chocolate and coffee.

Professor Majid, said: “While English speakers behaved as predicted, describing sight and sound with ease, this was not the case across all cultures.

“Across all cultures, people found smell the most difficult to talk about, reflecting the widely-held view that smell is the ‘mute sense.’ A traditional hunter-gatherer group from Australia, however, who speak the language Umpila, showed the best performance in talking about smell, outranking all other 19 cultures.”

English speakers struggled to talk about basic tastes, but speakers of Farsi and Lao, however, showed almost perfect scores in being able to identify taste, perhaps reflecting the differences in how people engage with cultural cuisines.

Professor Majid said: “What this study shows us is that we can’t always assume that understanding certain human functions within the context of the English language provides us with a universally relevant perspective or solution.

“In a modern digital-led world, which typically engages sight and hearing, it could be worthwhile learning from other cultures in the way that taste and smell can be communicated, for example.

“This could be particularly important for the future of some professions, such as the food industry, for example, where being able to communicate about taste and smell is essential.”

The research, supported by the Max Planck Institute, is published in the journal Proceedings of the National Academy of Sciences (PNAS).