Researchers at the University of York have identified genes in a parasite that could help clinicians predict drug treatment outcomes for patients with visceral leishmaniasis in Brazil. 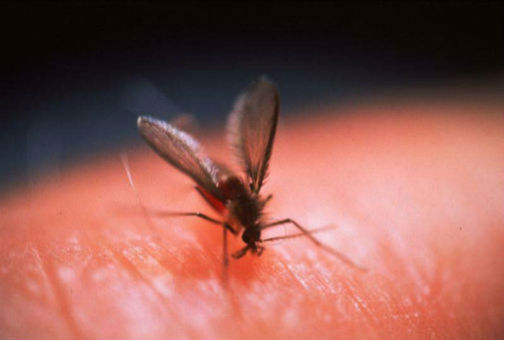 Leishmaniasis is transmitted through the bite of the sandfly

The findings could lead to a new prognostic test that can predict which patients will respond well to drug treatment and which patients need alternative solutions.

Leishmaniasis is a parasitic disease transmitted to humans by the bite of the infected female sandfly. With 50,000 to 90,000 new cases worldwide each year, it causes fever, substantial weight loss, swelling of the spleen and liver and anaemia and can be fatal if left untreated.

The parasite first arrived in the country from Europe in the 1600s and has mutated and adapted over time, making it challenging to predict when it will respond to drug treatment.  During an earlier clinical trial of the oral medication, 40% of patients relapsed within six months.

The presence of the genes in the parasite in India, however, means that after a month of treatment, the disease can be cured with a lower risk of relapse.

Juliana Brambilla Carnielli, Research Associate at the University of York’s Department of Biology, said: “Miltefosine is the only available oral drug treatment for leishmaniasis, but due to its poor efficacy to treat visceral leishmaniasis in Brazil, this drug is not licensed in the country.

“This means that Brazilian patients have to rely on intravenous medications, which require medical facilities for its use.

“It was therefore important that we investigated what was making the oral drug less effective in Brazil than it has been in India, where it has been widely used.”

Researchers investigated the molecular markers of the Leishmania parasite to understand what might be contributing to its natural resistance to miltefosine.

The absence of the genes correlate with resistance to the drug, which means that Brazilian patients would benefit from a blood test that can detect whether they are carrying the drug-resistant parasite.  This blood test is currently being developed by the research team.

Jeremy Mottram, Professor of Pathogen Biology at the University of York’s Centre for Immunology and Infection, said: “This work contributes to many studies being conducted around the world into this neglected disease.

“India, Brazil, East Africa and some parts of Europe are impacted by this disease to varying degrees, so we need to know more about how the parasite lives in humans and how the parasite reacts to various drugs.

“A personalised medicine approach will be key to making the big difference to patient outcomes, as our research is telling us that the parasite won’t react the same way in every case to a one-size-fits all treatment.”

Up to 3,200 patients presented with the condition in Brazil in just one year and more than 260 patients died in the country, creating a significant burden on hospital resources.

The next stage of the study would be a new clinical trial on patients in Brazil that have a positive blood test to see whether conducting prognostic tests early in the disease progression and tailoring medicines accordingly could reduce the numbers of patients relapsing with the disease.