Expert Reaction: Human and lion conflict in the Serengeti

Experts in conservation and environmental change at the University of York comment on the human interactions with the wildlife of the Serengeti, following the story of the Maasai Mara lion pride in the BBC's Dynasties. 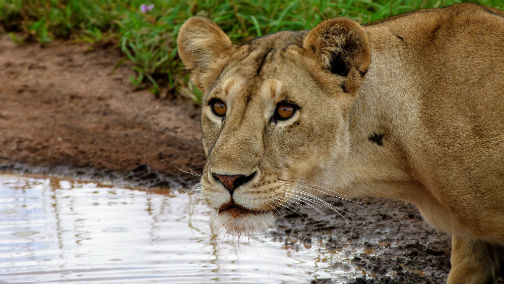 Lions, and the Serengeti as a whole, are under increasing pressure. Photo credit: Dr Colin Beale

Dr Colin Beale, savannah ecologist and conservation biologist at the Univeristy of York's Department of Biology, said: "The latest BBC's Dynasties episode shows the challenges Charm and Sienna from the Masai Mara’s famous Marsh Pride face as they seek to raise their cubs.

"Setting out to tell new stories about this pride, perhaps the Kardashian’s of the wildlife documentary world thanks to their starring role in Big Cats Diaries, would have been a major challenge for the film crew. Filming in one of the best known protected areas in the world, none of them can have imagined the pervading influence of humans on their story, until disaster struck in December 2015.

"The Masai Mara Reserve is the smaller, Kenyan part of the Serengeti-Mara ecosystem, home to an iconic migration of around two million large mammals and the conservation focus of one of the largest contiguous collections of protected areas on the planet. Yet as Dynasties shows all too tragically, even here lions are threatened.

"The IUCN, the World Conservation Union, identifies the two greatest threats to lions is the decline of natural prey and conflict with people, such as the poisoning we saw depicted on Dynasties.

"In fact, the two are related: as larger mammals are removed from the landscape by a combination of hunting for bushmeat and competition over grass with growing livestock numbers, lions turn to cattle when wildlife is in short supply, exacerbating conflicts.

"In the case of the Marsh pride poisoning, December is always a lean time for the pride, with the wildebeest herds far away in Tanzania, and a shortage of grass in village areas forcing pastoralists to bring large numbers of cattle into the reserve (often at night to avoid detection, but exactly when lions hunt) to find forage.

"This poisoning was typical; the lions killed a cow during the night and the next day the carcass was poisoned by a herder in ‘revenge’. When the lions returned the following night to finish their meal they were poisoned. Bibi, an older female not shown in the film, Sienna and the young male all died, alongside six African white-backed vultures, themselves categorised as Critically Endangered thanks to the same threats faced by lions.

"Such encroachment into the Mara Reserve by cattle is reducing the grass available for wildlife such that the wildebeest migration now routinely spends a month less than in Kenya than it used to a decade ago, and most other large animal populations are falling.

"In Tanzania too the Serengeti is under increasing pressure; poisonings, such as those shown with such tragic consequences for Charm’s pride are far too common. We encountered seven poisoned carcasses while walking transects across the reserves in 2015 and 2016, and our research shows that bushmeat hunting removes a huge number of large mammals each year.

"Tackling these challenges is an extremely complex issue; we can’t simply blame the people who live nearby, without recalling that when these reserves were created, people were removed by a colonialist government from their traditional grazing areas. While livestock grazing may squeeze wildlife into smaller areas today, conservationists have equally squeezed people out of their preferred areas before.

"Solving this is complex, but I share the optimism of Dr Bhalla featured in the programme that, with political will, appropriate financial resources, and an evidence-based approach the Serengeti-Mara ecosystem can remain a global treasure for future generations.

"Right now it is one of the most extraordinary natural history sights in the world; ecotourism is the primary source of funding in the area, so I would encourage people to visit and enjoy." 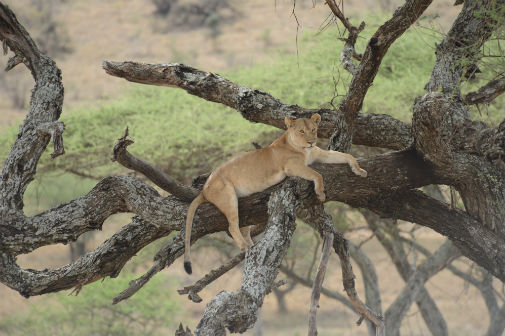 Professor Rob Marchant, from the Department of Environment and Geography, said: "Communities in East Africa have always had to deal with human-wildlife conflict and adapted their homes with Acacia thorn fences to protect livestock from predation.

"As populations grow, development and transition to sedentary agriculture, communities begin to settle around National Parks, increasing the potential for conflict with wild animals.

"I am currently working in East Africa on a project investigating land, people, conservation, and  environment interactions across the Serengeti landscape.

"We are focusing on charting the past 300 years so that we can build land-use scenarios for the next 50 years to help create plans that allow space for development and conservation, which could hopefully reduce human-wildlife conflicts."