Home>News and events>Events>Open lectures>Summer 2019>Belonging and Not Belonging in Early Tudor London: Immigrant Artisans and the Evil May Day Riot of 1 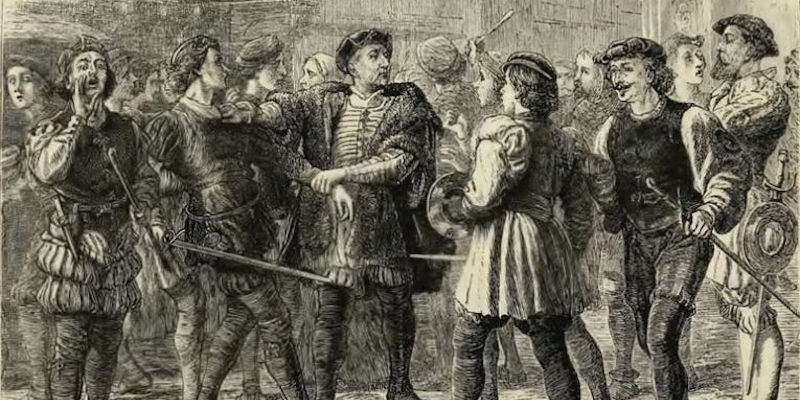 Belonging and Not Belonging in Early Tudor London: Immigrant Artisans and the Evil May Day Riot of 1517 Professor Shannon McSheffrey, Concordia University

A free public lecture in association with the conference Belonging in Late Medieval Cities.

To find out more about the conference, and how to register, please visit the Centre for Medieval Studies website.

In the early sixteenth century, the eve of May Day was conventionally a night of revelry for artisans and labourers in the City of London. In 1517, the early summer celebrations turned to violence, as an anti-immigrant riot, later known as Evil May Day, broke out. This was not spontaneous: the hostile crowd, probably made up largely of apprentices and journeymen, were responding to weeks of anti-stranger rhetoric in sermons, posted bills, and talk in the street. Over the course of the evening and into the wee hours of the morning of May 1, they ransacked the workshops of immigrant artisans and assaulted strangers, although no one was killed.

This lecture will consider the position of stranger artisans in London in the first decades of the sixteenth century, through a detailed prosopography of the inhabitants of the most important immigrant enclave in the metropolitan area (and primary target of the Evil May Day rioters), the precinct of St. Martin le Grand. Increasing numbers of strangers moved into the London area around 1500, most of them craftsmen, providing stiff competition for already beleaguered London craft guilds. Had times been good, increasing involvement by immigrants in craft production might have been welcomed, but many parts of the kingdom struggled in the early Tudor period, as England’s economic structures continued to adapt (often badly) to the demographic collapse of the 14th and 15th centuries. Yet although hostility seems dominant when the researcher’s eye is focused on moments of crisis like the 1517 riot, other evidence indicates that those alien artisans worked, traded, and served on juries with their English neighbours, and indeed sometimes married them.

The lecture will be followed by a wine reception, supported by the Department of History, University of York.

Professor McSheffrey is a Professor of History at Concordia University, Quebec, Canada. Her research interests centre around law, mitigation, gender roles, civic culture, marriage, literacy, heresy, and popular religion in late medieval England. She has published numerous scholarly articles and five monographs.She has won several awards for her research and teaching and was elected a fellow of the Royal Historical Society of the U.K. in 2002. Her lecture in York will focus on her research concerning the Evil May Day riot in London in 1517, which explores how this anti-immigrant rising reveals a complicated and troubled English metropolis in the first decade of Henry VIII’s rule.