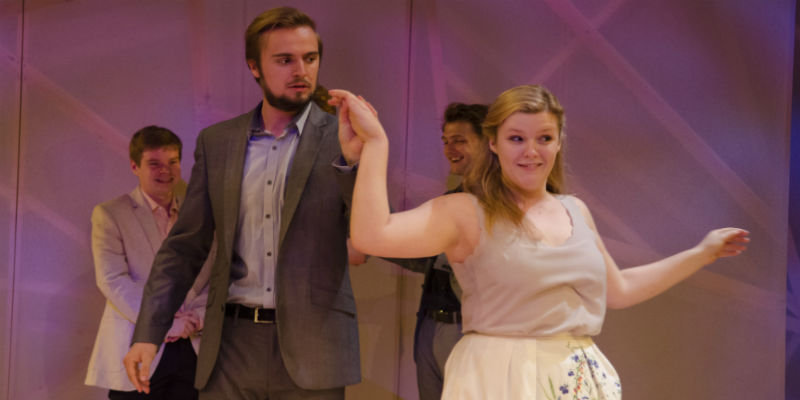 The Jacobean playhouses produced the finest line-up of playwrights the English stage has ever seen.  These extraordinary contemporaries of Shakespeare – Jonson, Webster, Middleton, Fletcher and their peers - rivalled his successes and taught him a trick or two. But on the modern stage Shakespeare’s overwhelming celebrity has largely overshadowed the brilliance and originality of his rivals’ achievements.  Professor Michael Cordner, with a company of ten student actors, will explore some of the peaks of this repertoire, in a combination of lecture and fully staged performance.  Excerpts will be included from plays, in a range of genres, by Webster, Middleton, Massinger, Ford and Dekker.  He will focus especially on the difference in the inventive demands each writer places on his players.  Performed in modern dress, the sequences will demonstrate the capacity of these plays to speak directly, and excitingly, to us today.  This is part of a continuing practice-as-research exploration of this astonishing dramatic inheritance at the university.  The five productions so far generated by the project, plus film of work on the project with the Olivier Award-winning actors Penelope Wilton, Oliver Ford Davies, and Henry Goodman, can be viewed at www.earlymoderntheatre.co.uk.

Please note that this event takes place on both 9 October and 10 October.

Michael Cordner is Ken Dixon Professor of Drama and one of the co-founders of the Department of Theatre, Film, Television and Inter-Active Media, where he was its first Head of Theatre.  His main research and teaching interests lie in English drama 1580-1737, theatre, film and television comedy, and actor training across the last half century.  He has published editions of plays by eight seventeenth- and eighteenth-century playwrights and was the founding general editor of Oxford University Press’s Oxford English Drama series. All his current work relates to the interaction between scripts and performance.  He believes that study of the masterpieces of early modern theatre is meaningless unless influenced by practical experience of the plays in rehearsal and performance.  Hence, his production of comedies by Middleton, Marston, Vanbrugh, Shirley and Dryden in the Department over the last few years. He often gives workshops for professional companies staging plays from the pre-1737 repertoire and this year has acted as adviser on the Royal Shakespeare Company’s production of Vanbrugh’s The Provoked Wife at the Swan Theatre in Stratford-upon-Avon.