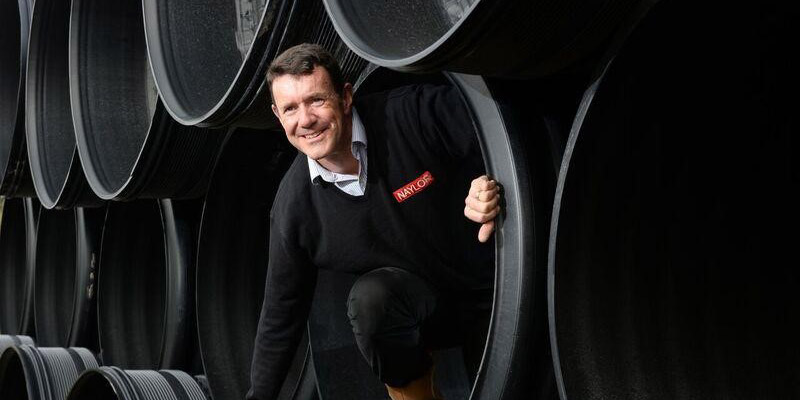 In 1993, Naylor, a fourth generation Yorkshire family manufacturing business, was in trouble. It was dependent on one product, clay sewer pipes, which were losing market share to newly launched plastic alternatives, and one market, the UK, which was facing a construction recession. Sales were declining at 10% per annum, seven-figure operating losses were being incurred and the bank was expressing concern about debt levels. The death of CEO Allan drew his son Edward, a 30-year-old City accountant into the business, which urgently needed repositioning…

Edward took over what was then an indebted and loss making £12m turnover business. Naylor Industries plc today is approaching £60m turnover, has five factories (three in Barnsley) and employs 400 people. Its principal area of activity is the manufacture of clay and plastic pipes, and concrete products which are supplied to the domestic and international construction industries. Edward and his company have received a number of prestigious business awards including the EEF Winner of Winners Award (2015), Barnsley & Rotherham Chamber of Commerce Lifetime Achievement Award (2017) and the national EEF Leadership Award (2018).

If you would like to attend please email management-engagement@york.ac.uk