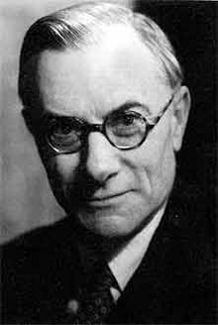 The University of York's Elizabeth Buettner will be one of five distinguished historians giving broadcasts on E. H. Carr's seminal historiographical work, What Is History?, on BBC Radio 3 this week. The Radio 3 programme "The Essay" is marking the fiftieth anniversary of the publication of What is History? in 1961 by asking five academics to consider the connection between Carr's work and their work today.

Edward Hallett Carr was born in 1892 and died in 1982. An historian of Russia and a well-regarded writer on International Relations, What Is History? remains his most famous work.

In the first essay, Richard Evans, Regius Professor of History at the University of Cambridge, gives a crucial overview of the major theories of What Is History? and the circumstances of Carr's life which contributed to the book's style.

In the second essay on Tuesday, Dr Elizabeth Buettner, Senior Lecturer in Modern British and Imperial History at the University of York, places What Is History? in the context of decolonization and the decline of the British Empire, as an historical document of this time.In the third essay on Wednesday, Amanda Foreman, author of the bestselling biography Georgiana, Duchess of Devonshire and the American Civil War history A World On Fire: An Epic History Of Two Nations Divided, explores her personal feelings about the historian's role.On Thursday, in the fourth essay, Niall Ferguson, bestselling author of histories including Civilization: The West And The Rest, and editor of Virtual History: Alternatives And Counterfactuals, discusses the importance of asking "what if?" questions of history. In the final essay on Friday, Michael Cox, Professor of International Relations (IR) at the London School of Economics, discusses Carr's influential theories on international relations and how they can be applied today.