"Over the 2000s worklessness amongst social tenants reduced" (Tunstall 2011)

CHP has a twenty-five year record of academically excellent and policy-relevant research. We were ranked joint first in the UK for research impact in the 2014 Research Excellence Framework, as part of the Department of Social Policy and Social Work. Social Policy at York is ranked 4th in the UK and our department is ranked 25th in the World, in the QS World University Rankings.

Our researchers have internationally-recognised expertise across the full range of housing issues, and skills ranging from analysis of large scale data sets to interviewing vulnerable people.

Get in touch to discuss our work and how we can work with you.

News from the Centre

Professor Becky Tunstall's book, "The Fall and Rise of social housing: 100 years on 20 estates" is out now. 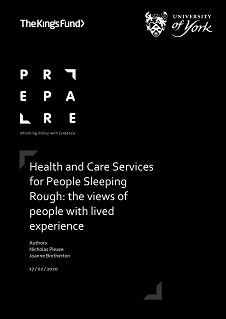 New research by Nicholas Pleace and Joanne Bretherton, working in collaboration with the King's Fund, has highlighted the challenges in providing effective NHS services for people sleeping rough.

How we can help

How we can help »

Other associated sites are: