Nicholas joined the University of York in 1991. His interests centre on housing exclusion, homelessness and inequalities linked to the built environment. This includes the intersection of multiple disadvantage, inequality and injustice that can be associated with spatial sorting, within a broadly defined interest in social geography. He focuses on interdisciplinary and comparative research, alongside a longstanding interest in impact-focused work with policy makers and practitioners.

Nicholas has been Director of the Centre for Housing Policy research group since 2017 and became the University Research Champion for Justice and Equality in 2019. He is also a Senior Fellow in the NIHR SSCR (School for Social Care Research). He has a Chair in Social Policy.

Nicholas has an interest in experimental and quasi-experimental service evaluation and international comparative research. He is a specialist in mixed methods and interdisciplinary research. 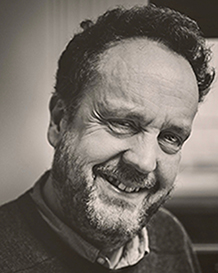 He is interested in PhD supervision centred on housing inequalities and/or wider inequalities in the built environment and has a general interest in work intended to enhance quality of life by improving access to better homes in better environments.