Our degree courses are designed to give you a thorough grounding in all aspects of modern chemistry and a qualification from the University of York is highly respected by employers. Although the majority of our graduates progress to become scientists, the analytical and transferable skills which constitute part of our degrees are recognised as suitable training for a wide range of careers.

One in every five pounds in the UK economy is dependent on developments in chemistry research, according to a report commissioned by the Royal Society of Chemistry (RSC) and the Engineering and Physical Sciences Research Council (EPSRC). The report noted that industries reliant on chemistry contributed an astonishing £258 billion to the UK economy in 2007 - equivalent to 21% of UK GDP and supported six million jobs, accounting for at least 15% of the UK's exported goods and attracting significant inward investment.

As the chart demonstrates, the majority of our graduates go on either to scientific careers or to further study (this includes higher degrees and teacher training). Chemistry at York typically has an excellent 97% ‘Positive Destination’ rate, that is the proportion of students who either continue their studies or go into permanent employment. This is 4% above the national average for Chemistry graduates.

What do Chemists Do?

We are very proud of the achievements of our graduates, many of whom go on to a career involving Chemistry, including: 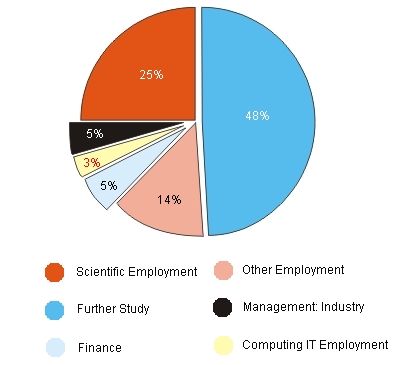 A qualification in the chemistry opens doors to a wide range of career opportunities. 84.4% of our 2017 graduates were in graduate-level employment or pursuing further study six months after graduating. View Chemistry alumni profiles. 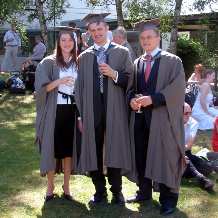