CHE Researchers Examine the Impact of the Sugar Tax in Chile

Health economists from CHE are to spearhead a research project in Chile examining the impact a sugar tax has on the health of the population. 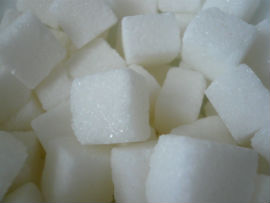 Chile is one of a handful of countries that have implemented a price incentive for healthier diets - imposing a 5 per cent tax on sugar sweetened beverages (SSBs), while reducing the tax on what it considers as non-SSBs by 2 per cent. The policy was introduced in the country in September 2014.

A similar sugar tax in Mexico saw consumption fall by 6 per cent after a tax of 10 per cent was introduced.

Chile faces a major obesity problem: around two thirds of the adult population are overweight, and of these 27.8 per cent are obese.

By comparison just over 62 per cent of adults in England are classed as overweight or obese.

The rate of childhood obesity in Chile has also been increasing since 2000, with national statistics revealing an exceptionally high level of SSB consumption – at about 500ml per day on average per child.

Recent research has also shown that Chile has seen the worldwide fastest absolute growth of sales of SSBs from 2009 to 2014.

The researchers will use advanced statistical analysis and modelling to evaluate the impact of the sugar tax – using, among others, household purchasing data sourced from a nationally representative sample in Chile.

Professor Marc Suhrcke, from the Centre for Health Economics (CHE), said:  “Chile, like many other countries, is facing huge chronic disease related problems, such as obesity and diabetes. So the question is: what can they do about it with limited available resources?

“Yet there could also be other effects and unintended consequences - hence it is really important that we evaluate all the information as rigorously as possible.

“This potentially is very significant for other countries desperately looking for evidence of what happens to such policies when implemented in the real world, rather than in a predominantly simulated modelling exercise, which is what much of the previous work has done.”

Professor Suhrcke added: “This is an extremely rare opportunity to evaluate whether this policy has worked over a comparatively short period of time.

“We believe this research will contribute vital evidence, not only to the Chilean government, but also to many other low, middle, and high income countries also facing the challenge of diet-related ill health.”

Interim results from the study are expected in early 2017.