Dr Paul Shepherd CBE DL DUniv CEng FICE FCIOB FCIBSE CCMI is a chartered engineer spending his working life in construction and manufacturing. His final position was chairman and managing director of Shepherd Building Group with 4,500 employees in Europe and USA. Major subsidiaries were Shepherd Construction and Portakabin. As Chairman of the Construction Confederation he represented the UK construction industry; as International President of the Chartered Institute of Building he played a major role in developing construction education in China. He has been on the Court of University of York since 1984 and served on Council and numerous committees over the last 30 years. Locally he has been Governor of the Merchant Adventurers, a Director of York Civic Trust and is on the Board of York Minster Mystery Plays and various charities. He has Honorary Doctorates from York and Leeds Metropolitan Universities and was awarded the CBE in January 1999 for services to the Construction Industry. 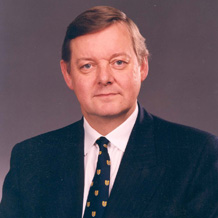