Marilyn Palmer, MBE, FSA, read History at Oxford University and spent time in teacher training at Loughborough University before joining Leicester University firstly as a historian, then as an archaeologist, becoming Britain’s first Professor of Industrial Archaeology and Head of the School of Archaeology and Ancient History in 2000. She was a Commissioner with the Royal Commission on the Historical Monuments of England from 1993 until its amalgamation with English Heritage in 1999, and now serves on various committees concerned with archaeology and industrial archaeology for Historic England and the National Trust. 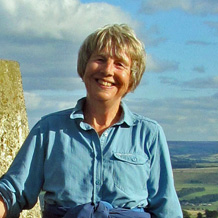