Myth, Violence and Unreason in the History of Political Thought 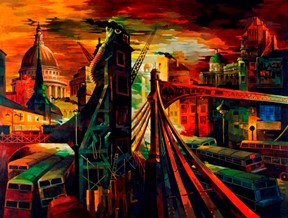 Myth and violence feature prominently in the first masterpiece of political theory, Plato’s Republic. Yet much contemporary political theory, especially in the analytic mode, sees them as standing beyond its purview. On this view, political theory seeks rational answers to identifiable problems. Neither of the two most intellectually influential works of political theory of the last 50 years or so—John Rawls’ Theory of Justice and Jürgen Habermas’ Theory of Communicative Action—take violence, myth or unreason directly into account. Looking around the world, however, it seems that it is violence, myth and unreason which predominate: ISIS, with their violent mythic account of Islam; Donald Trump, with his bombastic disdain for rationally verifiable truths; the EU referendum campaign, pursued with scant regard to rational discourse. If it is to speak to the world we inhabit, political theory cannot ignore these matters. It is hoped that this colloquium will provide a space for discussion of the place of myth, violence, and unreason in political life and thought, especially in the history of political thought.

The colloquium is organised by Benjamin Chwistek, PhD student in Politics.