Drug for common liver condition may be effective treatment for dementia and motorneuron disease, study suggests

A drug used to treat cirrhosis of the liver may be an effective treatment for a form of Dementia and motorneuron disease, scientists have discovered. 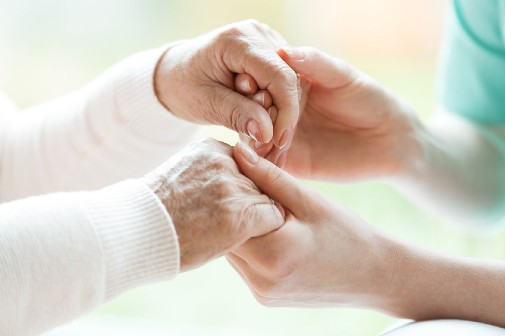 The research, led by the University of York in collaboration with the University of Sheffield, used brain cells from fruit flies and rats to model the neurodegeneration process which occurs in patients with Frontotemporal Dementia (FTD).

The researchers identified new proteins involved in protecting neurons and discovered that Ursodeoxycholic Acid – an already approved drug, with very low toxicity – increases these proteins and protects neurons from death.

The authors of the study will now embark on further research to discover exactly how the drug works to protect neurons and whether more targeted drugs to treat FTD and a range of other neurodegenerative conditions could be developed.

FTD impacts the frontal and temporal lobes of the brain. Unlike other forms of dementia which primarily affect people over 65, FTD tends to start at a younger age with most cases diagnosed in people aged 45-65.

Senior author of the study, Dr Sean Sweeney, from the Department of Biology at the University of York, said: “We are on the cusp of being able to ‘repurpose’ a drug used for a liver complaint, that has very little toxicity in humans”.

“The mechanism of action for this drug is currently unknown and the work we will now do to increase our understanding of how it works may help us lengthen and improve the lives of patients with FTD and potentially other neurodegenerative conditions too.”

Up to 50% of cases of FTD have a genetic history of the disease in the family and previous research has identified nine genes that may have a role in its development.

Lead authors of the study, Dr. Ryan West and Dr. Chris Ugbode, used one of these genes to develop their unique genetic models of the disease in fruit flies and rat neurons. In these models, they found Ursodeoxycholic Acid keeps neurons in better health, but the drug is not a potential cure for the disease.

Dr West from the University of Sheffield, said: “In our lab models the drug was effective for treating Frontotemporal Dementia and motorneuron disease, but it does not rectify the underlying deficits, suggesting that the drug is neuroprotective but not a cure.”

Fiona Carragher, Director of Research and Influencing at Alzheimer’s Society added: “Currently, there’s no way to slow down or cure frontotemporal dementia, one of the most common forms of dementia in people under 65, so we’re excited to see an existing drug stopping brain cells from dying. While this is in the early stages, it’s a valuable first step on the road to finding a way to improve the lives of people with FTD and help them live longer.

"We need help to continue funding studies like this, so we’re asking the Government to honour their commitment to double dementia research funds – while finding new drugs from scratch costs billions and takes decades, we must make every penny count by grasping opportunities to repurpose drugs already approved for other conditions.”

Neuroprotective Activity of Ursodeoxycholic Acid in CHMP2BIntron5 Models of Frontotemporal Dementia is published in Neurobiology of Disease.

The research was carried out in conjunction with the University of Sheffield and the Sheffield Institute of Translational Neuroscience and was funded by Alzheimer's Society, Alzheimer's research UK, Motor Neurone Disease Association and the Wellcome Trust.