Hunter-gatherer groups living in the Baltic between seven and six thousand years ago had culturally distinct cuisines, analysis of ancient pottery fragments has revealed. 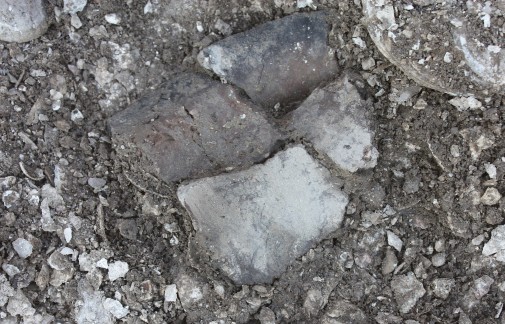 An international team of researchers analysed over 500 hunter-gatherer vessels from 61 archaeological sites throughout the Baltic region.

They found striking contrasts in food preferences and culinary practices between different groups - even in areas where there was a similar availability of resources. Pots were used for storing and preparing foods ranging from marine fish, seal and beaver to wild boar, bear, deer, freshwater fish, hazelnuts and plants.

The findings suggest that the culinary tastes of ancient people were not solely dictated by the foods available in a particular area, but also influenced by the traditions and habits of cultural groups, the authors of the study say.

A lead author of the study, Dr Harry Robson from the Department of Archaeology at the University of York, said: “People are often surprised to learn that hunter-gatherers used pottery to store, process and cook food, as carrying cumbersome ceramic vessels seems inconsistent with a nomadic life-style.

“Our study looked at how this pottery was used and found evidence of a rich variety of foods and culinary traditions in different hunter-gatherer groups.”

The researchers also identified unexpected evidence of dairy products in some of the pottery vessels, suggesting that some hunter-gatherer groups were interacting with early farmers to obtain this resource.

Dr Robson added: “The presence of dairy fats in several hunter-gatherer vessels was an unexpected example of culinary ‘cultural fusion’. The discovery has implications for our understanding of the transition from hunter-gatherer lifestyles to early farming and demonstrates that this commodity was either exchanged or perhaps even looted from nearby farmers.”

Lead author of the study, Dr Blandine Courel from the British Museum, added: “Despite a common biota that provided lots of marine and terrestrial resources for their livelihoods, hunter-gatherer communities around the Baltic Sea basin did not use pottery for the same purpose. Our study suggests that culinary practices were not influenced by environmental constraints but rather were likely embedded in some long-standing culinary traditions and cultural habits.”

The study, led by the Department of Scientific Research at the British Museum, the University of York and the Centre for Baltic and Scandinavian Archaeology (Stiftung Schleswig-Holsteinische Landesmuseen, Germany), used molecular and isotopic techniques to analyse the fragments of pottery.

Senior author, Professor Oliver Craig from the Department of Archaeology at the University of York, said: “Chemical analysis of the remains of foods and natural products prepared in pottery has already revolutionised our understanding of early agricultural societies, we are now seeing these methods being rolled out to study prehistoric hunter-gatherer pottery. The results suggest that they too had complex and culturally distinct cuisines.”

Organic residue analysis shows sub-regional patterns in the use of pottery by Northern European hunter-gatherers is published in Royal Society Open Science. The research was funded by the European Research Council through a grant awarded to the British Museum.