Big mammals such as elephants, rhinos and primates are at highest risk of extinction in the national parks and nature reserves of the world’s poorest countries, a new global review has found. 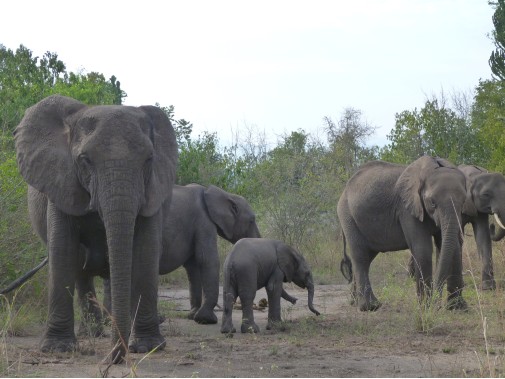 The review, which looked at 81 studies carried out between 1980 and 2020, found that illegal hunting was causing worrying declines in the big mammal populations of protected areas across the globe, and particularly in poorer countries.

In the four continents included in the study, 294 different mammal species were discovered to have been illegally hunted in the national parks created to protect them.

The threat species face in poorer countries may be down to a boom in bushmeat trade and a lack of resources for conservation.

In order to protect species, governments and policy makers need to focus on tackling human poverty, the researchers urge.

Lead author of the study, Dr Alfan Rija, of Tanzania’s Sokoine University of Agriculture who conducted the review while a PhD student at the University of York, said: “We have known for several years that illegal hunting reduces mammal populations, but our review reveals that this is happening even inside protected areas and particularly affects larger mammals (those with a body mass of over 100kg) in the poorest countries.

"In poorer countries such as my home of Tanzania, bushmeat is a valuable source of income and protein in some areas and there is also less resources available to invest in the security and policing of national parks.

“The threat from illegal hunting is particularly dangerous to large mammals because they have slow growth rates and so over-hunting is likely to cause population decline.

“Aside from concerns about the future of many of these species being in peril, the loss of mammals due to illegal hunting pressure has been related to substantial loss of important functional characteristics in an ecosystem. They support many ecological interactions - such as seed dispersal and regeneration – and their decline threatens wider biodiversity.”

The study found that in general across the globe, stricter protected areas showed lower rates of large mammal population decline. However, this was not the case in Asia, where stricter national parks had higher rates of illegal hunting and species decline.

Senior author of the study, Dr Colin Beale from the Department of Biology at the University of York, said: “Our research adds to a growing number of studies that suggest Asia is currently a particular focus for the illegal trade of wildlife body parts. Despite strict laws, illegal hunters may be forced to enter protected areas where most sought-after species such as snow leopard, tiger, pangolin, orangutans and sun bears still remain.

“Improving the effectiveness of Asian protected areas will be important to strengthen biodiversity conservation across continental Asia, and is likely to need a range of measures including ensuing effective law enforcement as well as work with communities in and around valuable wildlife areas.”

Global extent and drivers of mammal population declines in protected areas under illegal hunting pressure is published in PLos One.

The study was carried out in collaboration with the Department of Wildlife Management, Sokoine University of Agriculture, in Tanzania.