Water users can reduce the risk of spreading invasive species

Foreign species that are devastating water ecosystems could be “hitchhiking” around Britain on canoeists’ and anglers’ kit, according to a new study. 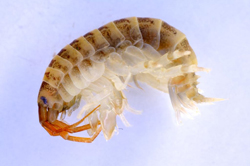 Invaders such as the killer shrimp, zebra mussel and American signal crayfish have already caused extensive environmental damage and millions of pounds of economic costs.

The new research involving researchers from the University of York working with scientists at the University of Leeds and the Centre for Environment Fisheries and Aquaculture Science (Cefas) found that the cleaning habits of anglers and canoeists could be a key part of the problem.

Co-author Professor Piran White, of the Environment Department at the University of York, said: “As well as damaging the ecology of streams and rivers, invasive species can also have a major impact on the economy. The clogging of water pipes by zebra mussels costs the water industry over £550,000 per year, and, for the UK economy as a whole, the cost of invasive species is estimated at almost £2 billion.”

The study, based on a survey of more than 1,500 water sports enthusiasts across the UK, found that 64 per cent of anglers and 79 per cent of canoeists used their equipment in more than one waterway in a fortnight.

A significant proportion of those people (12 per cent of anglers and 50 per cent of canoeists) said they did not clean or dry their kit before moving to the new waters.

Dr Alison Dunn, Reader in Evolutionary Ecology in the University of Leeds’ Faculty of Biological Sciences, said:  “This is really alarming because some of the most dangerous invasive species can easily survive in damp equipment.

“The killer shrimp, for instance can live in a fold of a wetsuit or an angling net for about 15 days. Once it gets into the new water system, it is voracious. It will take bites out of things and leave them uneaten, killing when it doesn’t need to eat. The native shrimp is replaced, food stocks vital to other species are depleted and the ecosystems can be devastated.”

In 2011, the Government, in partnership with a large number of environmental NGO’s, launched a “Check, Clean, Dry” campaign to try to address the issue by encouraging water users to clean their gear before moving to new sites. While there has been significant support for the campaign, the study shows that there is still some way to go to further reduce the risk.

It also shows a risk of direct importation of new species from abroad. Eight per cent of anglers and 28 per cent of canoeists reported using their equipment overseas without cleaning or drying it on their return.

Lead researcher, Lucy Anderson of the University of Leeds’ Faculty of Biological Sciences, said: “There are 4 million anglers and more than 400,000 boat owners in the UK and the frequency with which people are using their equipment at different sites suggests that they may be an important pathway for invasive species. Once invasive species establish in rivers and lakes, they’re almost impossible to eradicate, so preventing their introduction and further spread in the first place is the best way that we have of controlling them.”

Co-author Dr Paul Stebbing of Cefas said: “The killer shrimp is not the only invader capable of ‘hitchhiking’ into new ecosystems on water sports equipment. The signal crayfish, which has been laying waste to native white-clawed crayfish populations, persists between three and seven days. Some invasive viruses and diseases can survive well over a month.”

The research was conducted by researchers at the University of Leeds, University of York, and the Government’s Centre for Environment Fisheries and Aquaculture Science (Cefas). It was funded by the Biotechnology and Biological Sciences Research Council (BBSRC) and Cefas.