A film producer, a zooarchaeologist, the University’s first woman Deputy Vice-Chancellor, industrialists and eminent scientists are among those to receive honorary degrees from the University of York this week.

The University confers honorary degrees on individuals who have made a significant contribution to society. Recipients often have existing links with the University and are chosen from nominations made by its members. 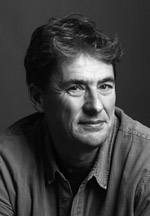 Tim Bevan is Co-Chairman and Co-Founder of Working Title Films, which he formed in 1984, joining forces with Eric Fellner in 1982. Working Title has made more than 90 films that have grossed over $4.5 billion worldwide.

Its films have won six Academy Awards® and 26 BAFTA Awards and prestigious prizes at the Cannes and Berlin International Film Festivals. Tim Bevan and Eric Fellner have both been honoured with CBEs (Commanders of the British Empire). 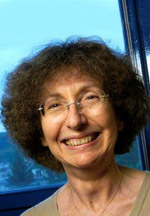 Marie‑Claude Gaudel is an Emeritus Professor at the University of Paris-Sud, Orsay and the creator of a new area of research: formal testing. Her research interests are in the areas of software – formal methods, program robustness, testing and certification.

She was appointed Professor at Paris-Sud in 1984, before which she was in charge of the Software Engineering group at the industrial research centre of Alcatel-Alsthom. Since 2006, she has been Chair of the Comité des Programmes of the Digiteo Scientific cluster which brings together researchers in the Saclay plateau of France. In 1996 she received a CNRS Silver Medal for her work on software testing, and in 2011 was awarded the Chevalier de la Légion d’Honneur.

She has visited York’s Department of Computer Science on several occasions: in 2006 she spent three months in York funded by a Royal Society International Incoming Short Visit Award, and in 2010 was the recipient of a Royal Academy of Engineering Distinguished Visiting Fellowship. 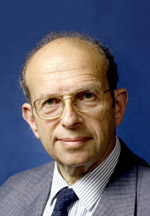 Professor Sir Peter Hirsch is a leading figure in British Physics and Materials Science who has made fundamental contributions to the development and application of Transmission Electron Microscopy (TEM) to the study of defects inside crystalline materials.

He attended St Catharine’s College, Cambridge, before joining the Crystallography Department at the Cavendish Laboratory to work for a PhD on the development of an X-ray microbeam technique to study work hardening in metals. In the 1950s, he pioneered the use of TEM to observe inside thin metal foils the arrangements, interactions and motion of dislocations that control plastic deformation. He held the Isaac Wolfson Chair in Metallurgy at Oxford until his retirement in 1992 and in the 1980s was seconded to the Atomic Energy Authority as Chairman. He was elected to the Royal Society in 1963, knighted in 1975 and awarded the Wolf Foundation Prize in Physics in 1983. He is a Fellow of St Edmund Hall, Oxford. 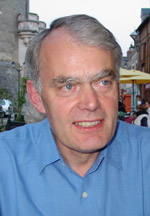 Dr Sebastian Payne is one of Britain’s most distinguished zooarchaeologists. A long-time proponent of greater integration of scientific methodologies into archaeology, he has sought to promote and explain the ways in which science can support and enliven archaeological research.

After reading Natural Sciences, then Archaeology and Anthropology at Cambridge, he worked on Eastern Mediterranean prehistory. In 1987 he joined English Heritage as Senior Zooarchaeologist, becoming Head of its new Centre for Archaeology in Portsmouth in 1999. From 2002 to 2012 he was Chief Scientist, responsible for English Heritage’s use of science to increase our understanding and appreciation of the past, and to protect sites, monuments and landscapes.

His long-time interest in the research and teaching undertaken at York was recognised recently by his appointment to the Department of Archaeology’s inaugural Advisory Board. He is a past Vice-President and Executive Committee member of the International Council for Archaeozoology, and a Fellow of the Society of Antiquaries. 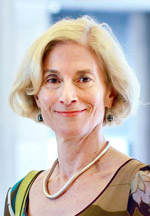 Professor Martha Nussbaum is one of the most highly acclaimed philosophers of her generation. Currently Ernst Freund Distinguished Service Professor of Law and Ethics at the University of Chicago, she has a particular interest in ancient Greek and Roman philosophy, political philosophy and ethics.

Through her publications and teaching, as well her willingness to engage in public debate, she has led a resurgence of interest in the concept of the humanities as a ‘public good’. She has also articulated a theory of social justice based on human capabilities and defended the intelligence of the emotions. She was a research advisor at the World Institute for Development Economics Research, part of the United Nations University, and is one of two Founding Presidents of the Human Development and Capability Association. She has also been President of the American Philosophical Association. Her awards include the Prince of Asturias Award for Social Science, 2012. 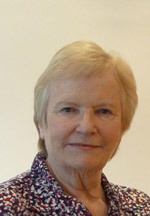 Emerita Professor Felicity Riddy was York’s first woman Deputy Vice-Chancellor and played a major role in developing the academic plans, funding and support for the University’s campus expansion at Heslington East. In particular, she led the development of the new Department of Theatre, Film and Television and the Centre for Applied Human Rights. She worked in a variety of contexts to enhance the academic resources for the arts and humanities, including postgraduates, and on equality issues for staff and students.

Educated at the Universities of Auckland and Oxford, Felicity Riddy specialised in medieval English literature. She joined York’s Department of English and Related Literature in 1988, becoming a professor in 1991. She was Director of the University’s interdisciplinary Centre for Medieval Studies in the mid-1990s, became a Pro-Vice-Chancellor in 2000 and then Deputy Vice-Chancellor from 2002 until 2007. Felicity Riddy has published widely on medieval women’s writing, Arthurian romance, urban and gentry cultures, devotional literature and Older Scots poetry. 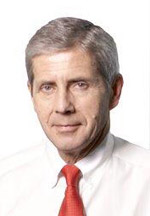 Sir Stuart Rose is a leading figure in British retailing with a 40-year career with some of the most successful businesses on the UK High Street. He was educated at Bootham School in York before joining Marks and Spencer as a management trainee. He held chief executive roles at the Burton Group, Argos, Booker and Arcadia where he is credited with reviving the fortunes of the company before its sale to Philip Green.

Sir Stuart returned to Marks and Spencer in 2004 as Chief Executive becoming Chairman in 2008. Under his leadership, the company fought off a takeover bid, improved profitability and introduced the Plan A sustainability initiative. He stepped down in 2011. In 2008 he was knighted in the New Year Honours for services to the retail industry and corporate social responsibility.

Earlier this year, he was appointed Chairman of online groceries business Ocado as well as being involved with a number of other companies. Sir Stuart delivered the Cantor Business Lecture at the University of York in January 2013. 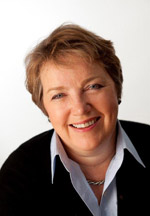 Caroline Thomson is Chair of Digital UK, and a Director of CN Media Group. She is Executive Director of English National Ballet, Deputy Chair of the National Gallery and a trustee of Tullie House Gallery in Cumbria. She is also a non-executive director of one of the National Health Service regulatory bodies.

Caroline stepped down from her role as Chief Operations Officer at the BBC in September 2012. As COO she was the Deputy Director General and responsible for all non-programme parts of the BBC except finance with operating budgets of £800m, capital budgets of more than £1bn and a staff of more than 3,000.

She graduated from York in 1975 with a degree in History and Economics and has spent her life working in broadcasting at the BBC and Channel 4. She is actively involved in promoting the University of York. In 2011 she performed the formal opening of the York Law School and York Management School building and delivered the inaugural Cantor Business Lecture. 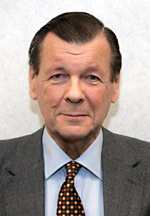 Thomas Swan is the owner/Chairman of Thomas Swan & Co, a manufacturer of performance and speciality chemicals. He joined the family company in 1968 after reading Chemistry at Oxford and working for Dow.

His passion for enthusing school children about science and the careers that studying science can offer, is manifest in a longstanding support of York’s Chemical Industry Education Centre (CIEC) which promotes science teaching in primary/secondary schools. A CIEC Advisory Board member for 16 years, and Chairman for the last five years Thomas Swan funded and founded with CIEC the successful Children Challenging Industry programme, which has run across the north of England since 2000.

As well as being a serial backer of technology developed in British universities, he has served as Treasurer of the Chemical Industries Association, and World Wide President of the Society of Chemical Industry. He was awarded an OBE in 1999 and the CIA Lifetime Achievement Award in 2011.