A British campaigner and writer, the Chairman of the Nippon Foundation, an award-winning historian, a BAFTA-winning playwright and the lawyer who represented the University at the public inquiry into Heslington East are to receive honorary degrees from the University of York this week.

The University confers honorary degrees on individuals who have made a significant contribution to society. Recipients often have existing links with the University and are chosen from nominations made by its members. 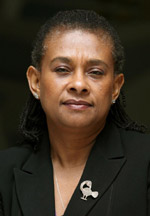 ‌Doreen Lawrence is a British campaigner and writerwho first came to public attention in 1993 as the mother of Stephen Lawrence, a black British teenager who was murdered in a racial attack in South East London.

In 1999, after years of campaigning, a wide-ranging judicial inquiry was established to investigate the circumstances of Stephen's death. The public inquiry concluded that the Metropolitan Police was "institutionally racist" and that this was one of the primary causes of their failure to solve the case. After the inquiry, Doreen Lawrence continued to campaign for justice for her son as well as other victims of racist crime. In 2003 she was awarded an OBEfor services to community relations.

She founded the Stephen Lawrence Charitable Trustto promote a positive community legacy in her son’s name and is a member of the board and council of Liberty,the human rights organisation, as well as a patron of hate-crime charity Stop Hate UK. 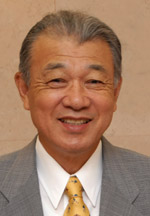 ‌Yohei Sasakawa is Chairman of The Nippon Foundation, the World Health Organization Goodwill Ambassador for Leprosy Elimination, and Japan's Ambassador for the Human Rights of People Affected by Leprosy.

He has a long track record in philanthropy and the advocacy of social justice, and has strong links with the University’s Post-war Reconstruction and Development Unit. Through his position at The Nippon Foundation, he has promoted social development around the world, striving to improve public health and education, alleviate poverty, eliminate hunger, and help the disabled.

He has particularly focused on the elimination of leprosy – both the disease itself and the social stigma it engenders – as well as on the development and protection of the world’s maritime and marine resources. He inaugurated Sasakawa-Global 2000, a programme enabling African nations to attain self-sufficiency in crop production, and created the Ryoichi Sasakawa Young Leaders Fellowship Fund, a grant-in-aid programme, to develop future generations of leaders in the social sciences and the humanities at 69 universities around the world.

Most recently, he has been appointed by the Japanese Ministry of Foreign Affairs as its Goodwill Ambassador for the Welfare of the National Races of Myanmar. Through this office, he is working to better the lives of the ethnic population in that country.

A selection of articles by Mr. Sasakawa can be found online at www.nippon.com. 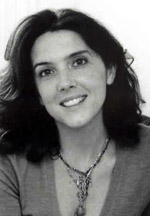 ‌Bettany Hughes is an award-winning historian, author and broadcaster, whose speciality is ancient and medieval history and culture. She has taught at Bristol, Manchester, UCL, Oxford and Cambridge Universities and is a Research Fellow of King's College London.

Her first book was translated into ten different languages and her second was a New York Times bestseller and shortlisted for the Writer’s Guild Award. She has written and presented documentaries for television and in 2010 won the Naomi Sargent Education Prize for Broadcast Excellence and given a Special Award for services to Hellenic Culture and Heritage. In 2011 she was made an Honorary Fellow of both the Historical Association and Cardiff University. She was awarded the Norton Medlicott Award for services to History in 2012.

Bettany Hughes is a long-standing patron and supporter of educational and campaigning charities including the Iris Project, which promotes the teaching of Latin and Greek in state schools. She is an advisor to the Foundation for Science Technology and Civilisation which promotes collaborative projects between East and West. This year she is making a series on the history of ideas for the BBC. 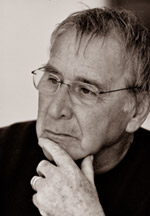 ‌Trevor Griffiths is a leading British playwright for theatre, film and television. His stage play Comedians has been in constant production around the world since its premier in 1975. He was co-author of the Oscar-nominated screenplay for Warren Beatty’s 1981 Reds, for which he received the WGA Best Screenplay Award. His film Fatherland was directed by Ken Loach. Plays, series and films for television include Bill Brand, Through the Night, Country, The Last Place on Earth and Food for Ravens, which he wrote and directed and which won a Royal Television Society award and a Welsh BAFTA. He also received the BAFTA Writer’s Award in 1982 for his work in television.

Born in Manchester in 1935, he has lived and worked in Yorkshire for many years. He has freely given his time to the University, offering invaluable advice during the planning of the new Department of Theatre, Film and Television, as well as giving a masterclass to students. 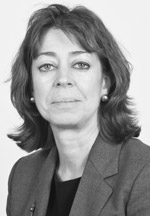 ‌Frances Patterson is a Commissioner with the Law Commission for England and Wales, a statutory independent body responsible for keeping the law under review and recommending reform where it is needed to the Government.

She leads the team responsible for the scrutiny of public law and her current projects include the modernisation and simplification of electoral law, a review of the regulatory framework governing health and social care professionals, and an examination of the law that governs wildlife management.

Before taking up her appointment as Public Law Commissioner, she practised at the Bar in planning, environmental and public law, and played a key role in helping the University gain planning permission for its Heslington East campus expansion. She sits as a Recorder of the Crown Court and as a Deputy High Court Judge.  She is a Bencher of the Middle Temple, and was Head of Kings Chambers in Manchester and Leeds and Head of their Public Law Department.