A career in cancer research

One of Britain’s leading prostate cancer experts is retiring from the University of York after three decades. 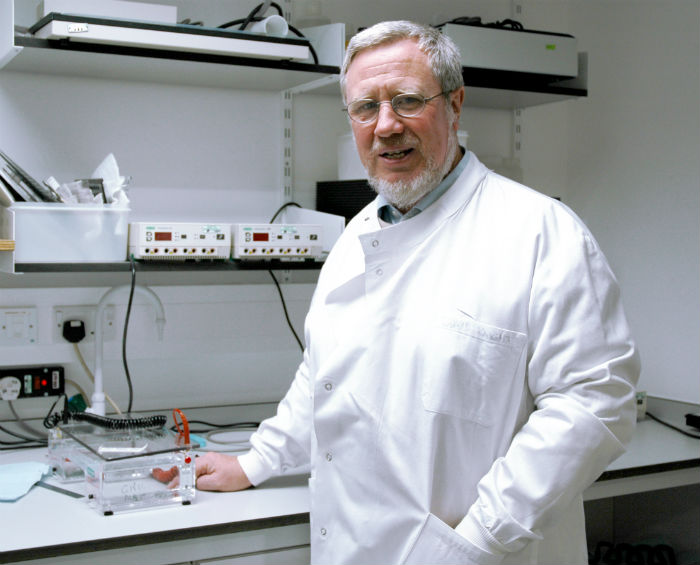 Prof Maitland in his labs at the University of York.

Over a long and distinguished career, Professor Norman Maitland has made vital breakthroughs in the battle against the disease - from finding a way to prevent prostate tumours from spreading to revolutionising diagnosis.

Here, we take a look back at some of the highlights of his career in cancer research.

“I was working as a more theoretical scientist when my father died very suddenly of cancer,” Prof Maitland tells us. “This made me want to do something more closely linked to patients - many scientists are motivated to get into this area of research by such a personal experience of cancer.”

After periods at the Universities of Edinburgh and Bristol specialising in viral infections linked to cancer and then children’s cancers, in 1991 Prof Maitland moved to the University of York to set up a research team on prostate cancer.

“Prostate cancer is the most common male cancer in the UK - one in eight men will get it in their lifetime,” says Prof Maitland. “The disease kills thousands of men each year, and survivors can face serious side effects from treatments.”

Over the past 28 years, Prof Maitland and his team have made great strides towards improving the outlook for patients.

In 1998 Prof Maitland became one of the first researchers to show that cancers are heterogeneous, or composed of many different types of cells.

This paved the way for his team’s ground-breaking discovery that stem cells in a prostate tumour are what allow a cancer to return because they are resistant to common treatments such as radiotherapy.

“In a healthy prostate, stem cells perform a repairing function - just like they do in every other tissue in the body,” Prof Maitland explains. “However in a tumour, they can behave like replacements on the subs bench. When other cancer cells have been successfully killed off by treatment they can expand to regenerate a tumour.”

Another major breakthrough came when Prof Maitland and his team found a way to stop the spread of prostate cancer.

The research team found that a protein in bone marrow (which normally functions to reduce inflammation after infections) acts like a ‘magnetic docking station’ for prostate cancer cells, helping them grow and spread outside of the prostate.

Once the prostate cancer has attached to the protein, a signal is sent from the surface of the cancer to the nucleus of the cell, telling it that it can start to grow.

Understanding this mechanism allowed them to see how to block this signal in cancer cells, disabling them and preventing them from multiplying around the body.

“We had always known that the two places where prostate cancer spreads are the bones and lymph nodes, but we couldn’t fully work out why”.

“If we imagine the prostate cancer cell as a floating ‘space rocket’ and the only way for it to perform its mission is to ‘dock’ with another ‘space station’, we start to get a picture of what happens when a cancer cell moves around the body in search of a new home.

In his most recent discovery, Prof Maitland and his collaborators found a way to distinguish between fatal and manageable prostate cancer.

They designed a test that can pick out life-threatening prostate cancers, with greatly improved accuracy - an important development given that studies estimate more than 25 men are being unnecessarily treated with surgery or radiotherapy, for every single life saved.

“The side effects from prostate cancer treatment take a serious mental and physical toll on patients and their families,” says Prof Maitland. “Cancers that are contained in the prostate can be ‘actively monitored’ which has far fewer negative side-effects in patients with non-life threatening cancer.

“Reducing unnecessary treatments will also ease the substantial financial burden on the NHS, with each operation costing around £10,000” Prof Maitland says.

Much of Prof Maitland’s research has relied on having access to cancerous cells from patients diagnosed with prostate cancer. His extraordinary dedication to raising the profile of the disease has resulted in one of the largest collections of donated prostate cancer tissues and cells in the country.

Prof Maitland spends considerable time on the phone to patients, talking through their concerns and for many years he has driven around Yorkshire, mostly in the evenings, building relationships with patient support groups.

“I’ve always known that raising awareness of this disease is key to improving survival rates. We have encouraged thousands of patients to donate tissues and inspired many men to seek help and get tested for prostate cancer.”

“Lots of men aren’t keen to discuss concerns about their health and the majority still aren’t sure where the prostate is and what it does,” says Prof Maitland.

He has been made an emeritus professor at York and plans to continue working in an advisory capacity.

“I will greatly miss my research and my students, but I won’t take on too much extra in my retirement,” Prof Maitland says. “My obsession to understand and treat prostate cancer has dominated the last 30 years of my life, and now I need to devote more of my time to my family, my garden and the quest for a decent golf swing.”