Home>News and events>Events>Open lectures>Summer 2019>The American environment: Histories of conflict over energy, water and treatied space 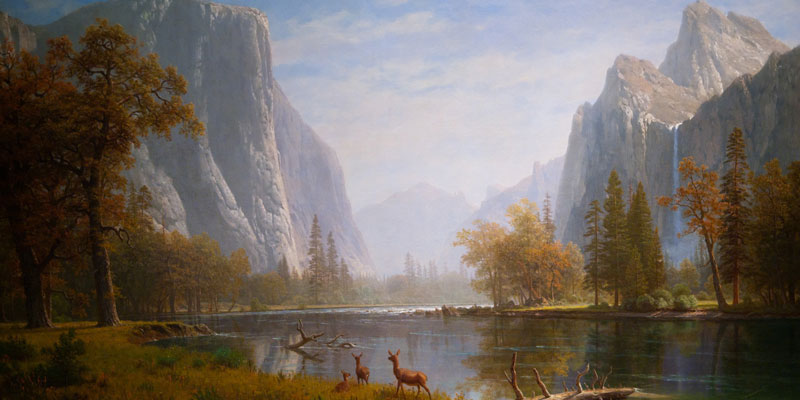 A deep and fascinating history of intercultural controversy surrounds the appropriate use of American land, water, flora and fauna. Understanding it is key to addressing the current dwindling levels of biodiversity now posing a ‘severe threat’ to the world’s capacity to produce sufficient food and increasing the likelihood of resource wars (UN Food & Agriculture Organization). This lecture will explore how pollution, land and water misuse, overharvesting, urbanisation, population growth and climate change all now endanger our well-being because of how we have thought about and related to the environment in the past.

Primary responsibility for climate disruption has been laid both at the feet of transnational corporations (BP, Exon Mobil, Conoco Phillips, British Coal Corp.), and nations such as the United States, whose greenhouse gas emissions are the second largest in the world after China (2014). However, within a number of indigenous traditions the solution is not to blame, but to change thinking through recognition of the past, the fostering of respect and kinship with the non-human world and the adoption of balance as a guiding philosophical principle.  An example is the ‘seventh generation’ thinking associated with the Constitution of the Iroquois Nation (Hodenosaunee) of North-eastern North America. It urges that decisions be thought about in terms of their impact upon coming generations ‘even those whose faces are as yet below the ground’.

As the Fourth Industrial Revolution begins, the challenge of advancing our thinking on the environment within capitalism has never been more important. This lecture will go beyond beyond stereotyped notions of the ‘eco-Indian’, and toward new thinking about how the legacies of the American past might inform a better environmental future for all.

Joy Porter is an interdisciplinary scholar and Professor of Indigenous History at the University of Hull. From September 2019-2022 she is a Leverhulme Major Research Fellow investigating “‘What Would Nixon Do? : The Forgotten Republican Roots of American Environmentalism’.