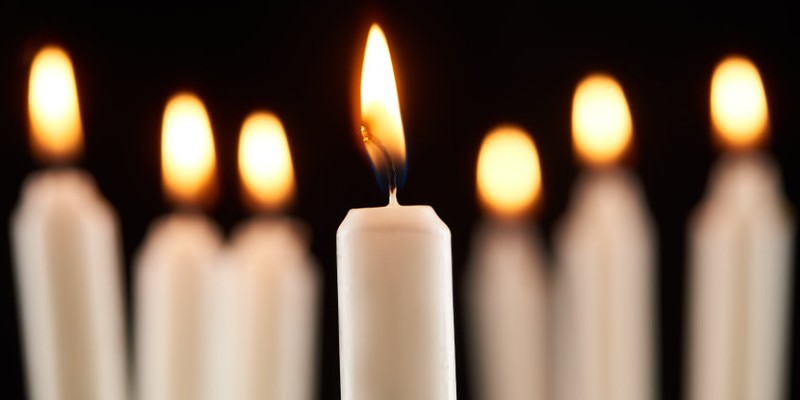 This event will be held online.

Join us as we commemorate Holocaust Memorial Day with a special online event featuring talks and short films reflecting on the Holocaust and the 2022 national theme, One Day.

York is proud to be welcoming author, Lucy Adlington as our keynote speaker. Lucy will reflect on her recent and remarkably moving book The Dressmakers of Auschwitz. The True Story of the Women Who Sewed to Survive.

At the height of the Holocaust twenty-five young inmates of the infamous Auschwitz-Birkenau concentration camp - mainly Jewish women and girls - were selected to design, cut, and sew beautiful fashions for elite Nazi women in a dedicated salon. It was work that they hoped would spare them from the gas chambers.

This fashion workshop - called the Upper Tailoring Studio - was established by Hedwig Höss, the camp commandant's wife, and patronized by the wives of SS guards and officers. Here, the dressmakers produced high-quality garments for SS social functions in Auschwitz, and for ladies from Nazi Berlin's upper crust.

Drawing on diverse sources - including interviews with the last surviving seamstress - The Dressmakers of Auschwitz follows the fates of these brave women. Their bonds of family and friendship not only helped them endure persecution, but also to play their part in camp resistance. Weaving the dressmakers' remarkable experiences within the context of Nazi policies for plunder and exploitation, historian Lucy Adlington exposes the greed, cruelty, and hypocrisy of the Third Reich and offers a fresh look at a little-known chapter of World War II and the Holocaust.

Lucy Adlington is an author, presenter, and keen collector of vintage & antique costume. She writes both history-inspired fiction and fascinating social history books. Lucy's book is available, with signed bookplates, from our friends at Fox Lane Books.

“You didn’t think about yesterday, and tomorrow may not happen, it was only today that you had to cope with and you got through it as best you could.” Iby Knill, survivor of the Holocaust

Holocaust Memorial Day is One Day that we put aside to come together to remember, to learn about the Holocaust, Nazi Persecution and the genocides that followed in Cambodia, Rwanda, Bosnia and Darfur, in the hope that there may be One Day in the future with no genocide. We learn more about the past, we empathise with others today, and we take action for a better future.

If you would like, we invite you to join the nation in lighting a candle at 8pm on 27 January to remember those who were murdered for who they were and to stand against prejudice today.