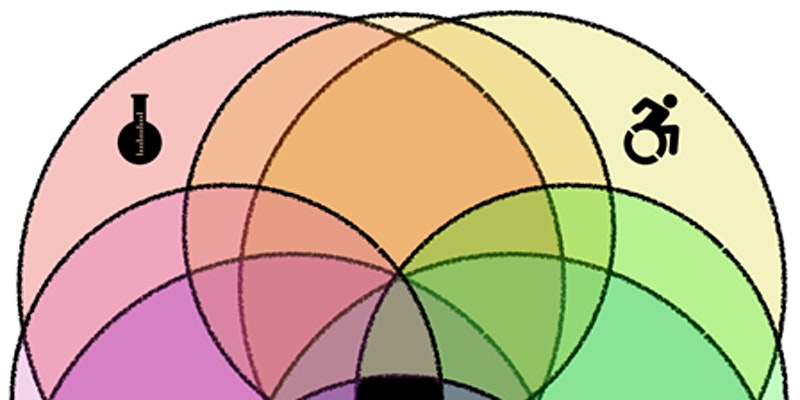 As this is an 'in conversation' style event it's likely that we won't be taking questions during the event. However, if you would like to submit a question for the speakers to respond to as part of their discussion please complete this pre-event questionnaire.

**Please note that it may not be possible to answer all of the questions asked.**

Jack: Whilst completing their BSc in chemistry from the University of York, Jack became widely involved in many of the department’s outreach projects, including the Royal Society of Chemistry’s Spectroscopy In A Suitcase (SIAS) scheme, British Science Week at local York schools, Royal Society of Chemistry public science festivals in York and Chemistry at Work.  The latter is where they met Maria, with whom they’d later develop novel workshops for this event.  Currently, Jack is a science technician at a college in West Yorkshire.

Maria: Maria started her professional life as a (bio)chemist. She ventured into science education, and later science education research, when her career prospects as a research scientist waned. By way of work experience, she supported a science teacher who uses a wheelchair. Her interest in disability took off from there, although many other influences should be acknowledged. She met Jack during a Chemistry at Work project during which their joint interests in humans, chemistry and science teaching became obvious.

While Jack embarked upon a PGCE after graduating, Maria maintained her interest in their progress and using her previous experience in working with disabilities, realised that Jack presented a unique insight into teaching with multiple protected characteristics. From here a sustained, though intermittent, collaboration ensued, in which chemistry, science education, disability and intersectionality are always prominent.