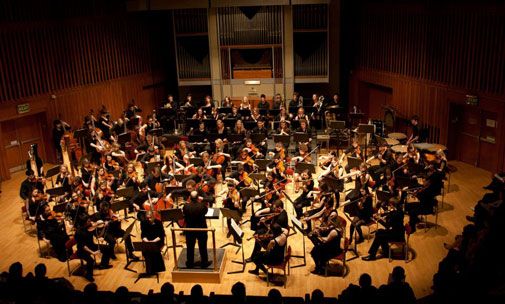 The University of York Symphony Orchestra (UYSO) is the Department of Music's largest instrumental ensemble. The repertoire includes works by Classical master composers as well as modern compositions. Membership is by audition only at the beginning of the autumn term. Rehearsals are held weekly.

The UYSO performs three main concerts each academic year, most often at Sir Jack Lyons Concert Hall, but also in Central Hall and York Minster where it accompanies the University Choir's concert each June. Past performances included music by Stravinsky, Takemitsu, Brahms, and Ravel, as well as the European premiere of John Williams’ Trumpet Concerto conducted by Elgar Howarth. In addition to tours to Greece and venues within the UK, the orchestra has also taken part in conducting masterclasses with conductors of international standing such as Jacek Kapszyk, Elgar Howarth and Peter Donohoe.

Auditions for the UYSO are open to all members of the University and are held each year in the first week of the Autumn term.