A new piece of imaging equipment allows researchers from across the CDH community to reveal previously unseen traces of our past. 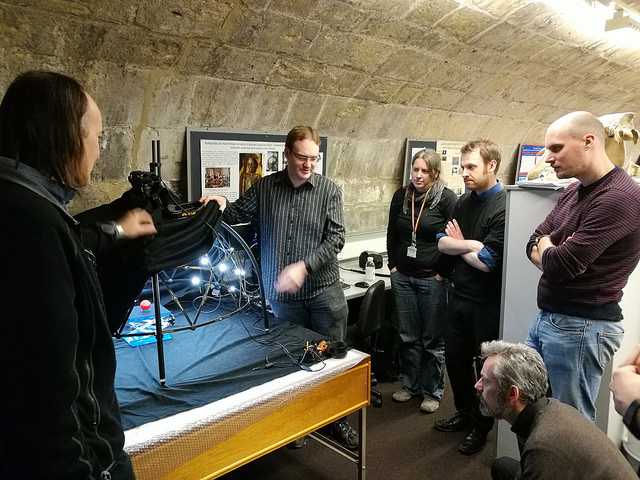 The RTI dome willl allow the rapid production of interactive photographs which help to reveal fine surface details in archaeological objects and documents.

Reflectance Transformation Imaging is an open source imaging technique which is increasingly employed by archaeologists to detect fine surface details on a wide range of objects. CDH researchers have used RTI for a range of purposes including the detection of apotropaic markings on Medieval timber beams, fine decorations on Viking jewellery and previously unreadable inscriptions on weathered gravestones. The RTI technique was recently employed in the imaging of a shale pendant from Star Carr to reveal fine incisions which have been interpreted as being the earliest Mesolithic Art in Britain. The results of this work can be seen in Internet Archaeology.‌

The specialist imaging rig was designed and custom built for us by the Custom Imaging team based at the Department of Electronics and Computer Science at the University of Southampton and was delivered and installed this week by Prof. Kirk Martinez and Dr. Philip Basford who demonstrated its use to staff from accross the University.