Professor Gideon Davies has been awarded the Haworth Memorial Lectureship for his vital contributions to carbohydrate chemistry, and investigations of their biological roles.

Professor Gideon Davies FRS, from the Department of Chemistry at York, has been awarded the 2018 Haworth Memorial lectureship from the RSC Carbohydrate Group, in recognition for his structural and chemical investigations of the biological roles of carbohydrates, dissection of enzyme reaction coordinates and the application of ligands for cellular insight. 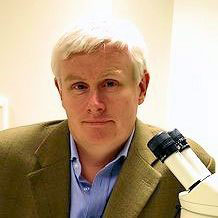 The Haworth Memorial Lectureship was founded in 1969 in commemoration of Sir Norman Haworth (President of the Chemical Society 1944-46). It is awarded in recognition of sustained, internationally recognized contributions to carbohydrate chemistry. Previous awardees include Nobel Prize winners and some of the world’s leading glycoscientists.

Professor Gideon Davies has been recognised as one of the world’s foremost carbohydrate chemists. In particular, his name is synonymous with the field of polysaccharide degradation, whether that be in the medical aspects of glycobiology, understanding the human microbiota or in the context of developing industrial biofuels.

Some of his recent work has unveiled the structure of the human O-GlcNAc hydrolase enzyme – inhibitors for which are now in clinical trials to treat neurodegenerative disorders. With Professors Harry Gilbert and Harry Brumer, he has made pioneering strides into understanding the diverse enzymatic syndicates used by gut microbiota to degrade human dietary polysaccharides such as xyloglucans, mannans and pectins. He also has a strong interest in biotechnological aspects of polysaccharide degradation, as exemplified by his pioneering work, with Professor Paul Walton, on the discovery and application of diverse Cu-dependent lytic polysaccharide oxygenases that can break down waste biomatter to yield valuable chemical feedstocks.