About the Jack Birch Unit

The Jack Birch Unit (JBU) is a self-contained research unit based in the Department of Biology at the University of York. The Department of Biology is recognised as one of the leading centres for biological teaching and research in the UK. It is based in a state-of-the-art research facility and includes an innovative Technology Facility, providing unrivalled access to a wide range of state-of-the-art equipment and associated technological expertise in the six specialist areas of Imaging and Cytometry, Proteomics and Analytical Biochemistry, Nucleic Acids, Molecular Interactions, Protein Production and Bioinformatics.

The Jack Birch Unit (JBU) was opened in 1992, funded by the generosity of York Against Cancer and the late Jack Birch, OBE.

The present Director is Professor Jenny Southgate, who has headed the JBU since October 1999. The focus of the Research Unit is the investigation of human epithelial tissues and their cancers, with special emphasis on the urinary bladder.

Urothelium is the epithelial tissue that lines the bladder and associated urinary tract, where it provides a highly specialised barrier to urine. Bladder cancer arises from the urothelium and is thought to be caused by exposure to carcinogens excreted in the urine. These carcinogens may derive from tobacco smoke, or following exposure to occupational or environmental carcinogens. Cancer represents cells that escape from the process of “homeostasis”, which in a normal tissue is the process that controls the growth, division, specialisation and death of cells. 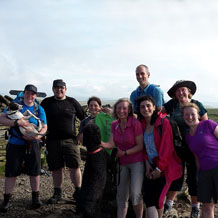