The 500-acre University of York campus is home to a diverse range of wildlife, including birds, insects, plants and fungi. To help build up a picture of its biodiversity, the Stockholm Environment Institute is launching a new recording website to allow staff, students and the local community to log the wildlife they see.

To record wildlife sightings on the University of York campus visit opal.sei-international.org

Thanks to its lakes and wetlands, York’s campus is a popular visiting place for many species of wild and semi-wild wildfowl such as ducks, geese, swans, grebes, moorhens, coots and herons. But take a closer look and you will see it is also home to many other types of wildlife including butterflies, dragonflies, bats and water voles.

The campus expansion at Heslington East is creating a number of new habitats, including areas of wetland, species-rich grassland and native woodland, while the boundary of the site includes important retained hedgerows.

One of the main aims of the evolving landscape is to provide a habitat capable of supporting an increasingly diverse range of animals and plants. And although not yet fully matured, Heslington East is already successfully attracting rarer birds such as the Little Ringed Plover, Skylarks, Lapwings and Oyster Catchers. 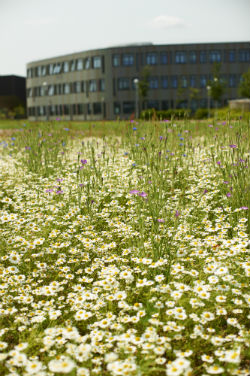 ‌Now under a new initiative funded by the Open Air Laboratories (OPAL), the Stockholm Environment Institute at the University of York is launching a new wildlife recording website to help build up a picture of biodiversity on campus. Data collected will be fed, via the iRecord online database, into local and national recording schemes covering species groups ranging from butterflies and birds to beetles and wild flowers.

Dr Rachel Pateman, a Research Associate with the Stockholm Environment Institute (SEI), has set up the York wildlife recording website.

‌‌She says, “As part of their academic studies, many students carry out projects recording wildlife on campus such as birds or flowers, but the information rarely goes further than their notebook or computer. The new website will provide a central repository where all this valuable information can be stored. Details of sightings will also be passed on to national recording schemes which are used to inform policy research and decision-making.

“The new website is an ideal opportunity for any member of staff, student, or visiting member of the local community to get involved in biological recording and become a ‘citizen scientist’. Biological records play a key role in documenting changes in species’ ranges, detecting the effects of climate change and the arrival of alien species, as well as allowing researchers to assess rarity and threat.

“All records submitted to the website will remain open access and could also be used, for example, for student projects in the future.”

The new website is an ideal opportunity for any member of staff, student, or visiting member of the local community to get involved in biological recording and become a 'citizen scientist'

Gordon Eastham, the University’s Grounds Maintenance Manager, says, “The award, in part, recognises the hard work we are putting into creating diverse habitats capable of supporting a wide range of wildlife. The new website will be very useful in monitoring biodiversity and allow us to gain a clear picture of the type of wildlife the evolving landscape is attracting onto campus.”

Jenny Roe, an Environmental Psychologist within SEI, is keen to explore how the biodiversity of the University’s green spaces can positively impact on health and wellbeing - both for the local community and staff on campus.

The University of York is an open access campus and members of the local community are encouraged to visit and enjoy its open spaces. Here are examples of some of the wildlife you might see on campus: 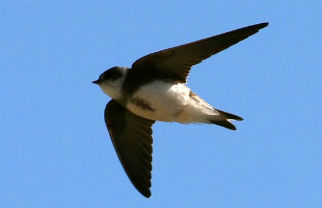 Sand martins have started to nest on the Heslington East campus, encouraged by the creation of special sand martin banks made from vertical earth which is soft enough for burrowing. Image by Ken Billington 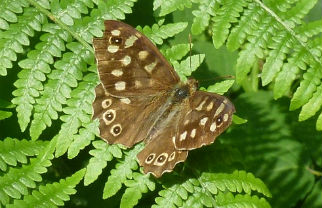 Speckled wood butterflies are found on the borders of woodland and at York have become a focus of Department of Biology research into climate change and habitat fragmentation. The butterfly’s distribution has shifted northwards due to climate change, so it is now more commonly seen in our region. Image by Rachel Pateman 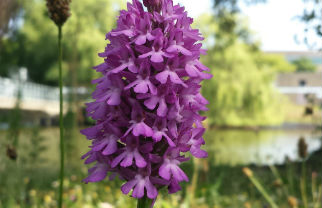 A hardy perennial herbaceous plant, the pyramidal orchid grows to 10–25cm in height, with the flowering period extending from April through July. The flowers are pollinated by butterflies and moths. Image by Gordon Eastham 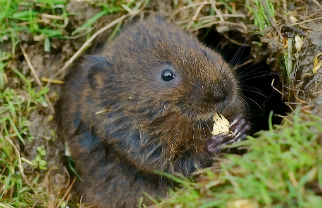 Once a common and familiar mammal, water vole numbers have declined greatly over the last two decades. They excavate extensive burrow systems into the banks of waterways, including sleeping/nest chambers at various levels in the steepest parts of the bank. Image by Peter G Trimming 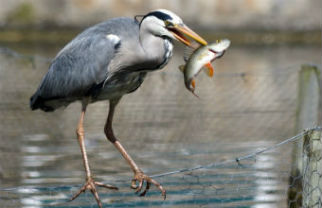 Grey herons can be seen at any time on campus as they do not migrate. They are often seen standing motionless at the water’s edge, waiting patiently for the perfect moment to stab at their prey with their dagger-like beaks. Image by Lindsey Bowes 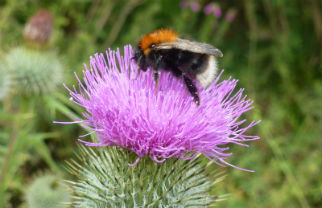 First seen in the UK in 2000, biological records have shown that the tree bumblebee has shifted its distribution rapidly northwards in recent years. Look out for them from April through July. Queens, workers and males all tend to have black heads, tawny or darker gingery brown thorax, and a blackish abdomen with a white tail. Image by Rachel Pateman 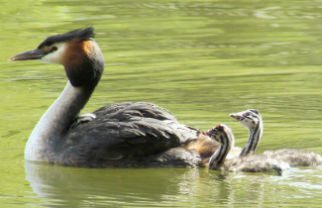 Great crested grebes and their chicks can be seen on the Heslington West campus. They are excellent swimmers and divers, and pursue their fish prey underwater. Image by Duck of the Day 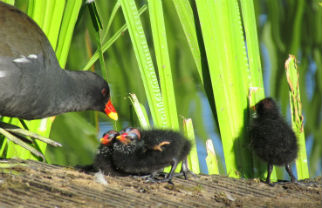 Moorhens are blackish with a red and yellow beak and long, green legs. The medium-sized water birds are sometimes called marsh hens or river chickens. They are thriving and breeding on the University campus. Image by Duck of the Day