Question Time at the University of York 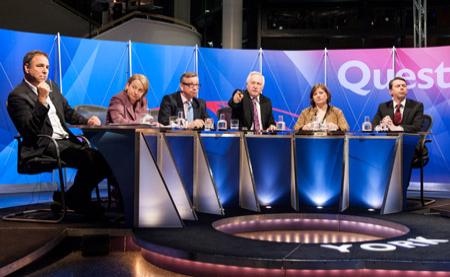 The show, presented by David Dimbleby, was broadcast from the Atrium of the Ron Cooke Hub on Heslington East.

The show gave a national showcase to the building which was opened in 2011. It is both the University’s primary centre for business and external engagement and the focal point of the University’s £750 million capital expansion.

A number of students from the University’s Department of Theatre, Film and Television had work experience placements with the Question Time production team.

The Ron Cooke Hub is part-financed by the European Regional Development Fund as a key element of Science City York’s Embedded Space and Technology Transfer project.