Conflict over Kashmir: A web of complicity

Dr Indrajit Roy, expert in the politics of the Global South, and Zahid Ullah, a PhD student studying violent extremism in Pakistan, both from the University of York's Department of Politics, discuss the reasons behind the recent escalation in hostilities over Kashmir and what this means for the future of international relations in India and Pakistan. 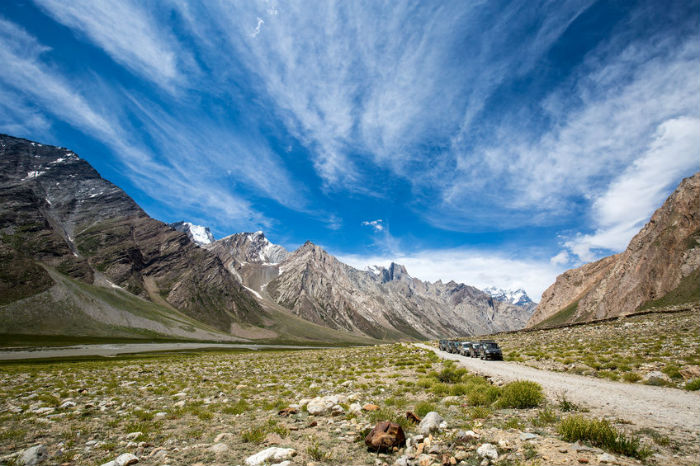 "Now that de-escalation between India and Pakistan is on the horizon, it is time to analyse some of the factors that led to the most recent conflict over Kashmir.

"One of the key issues is the use of violent ‘non-state actors’ - Jihadi groups that operate presumably outside of state control in Pakistan – which are also often used for military and political interests by international nations. The politicisation of terror incidents for domestic political mileage in both India and Pakistan is also a significant problem.

"Such an analysis is needed to sustain stability in a region that could well become a nuclear flashpoint, endangering regional and global peace, if left unchecked.

"The standoff between the two nuclear-armed neighbours cannot be understood without examining the relationship between the Pakistani state in Pakistan and non-state actors such as the Pakistan-based Jaish e-Mohammed (JeM), which took the credit for orchestrating the most recent attack in the Indian State of Jammu and Kashmir.

"While non-state actors emerged for a number of domestic reasons, we must not forget that their use for achieving foreign policy objectives in the region were accelerated during the Afghan Jihad 1979-1989 when the US and Saudi Arabia supported Pakistan against the Soviets in Afghanistan.

"Pakistan has continued to use non-state actors in Kashmir and Afghanistan from 1989 on. In Kashmir, the impetus was given by the 1987 election in Kashmir, which had been heavily rigged in favour of India’s tottering Congress Party. The beginning of the violent uprising in Kashmir and the Soviet withdrawal from Afghanistan emboldened both the Jihadi groupsas well as Pakistan to divert the Afghan jihad to Kashmir.

"In Pulwama, for example, the factor of Trump’s troop withdrawal from Afghanistan cannot be discounted as it had created a sense of triumph among the Jihadi groups. That policy has continued.

"The continuation of that policy is the direct result of the strategic location of Pakistan. According to a US general, “as a state possessing nuclear weapons that sits at the nexus of Russian, Chinese, Indian, Iranian, and US geopolitical interests, Pakistan will always be a country of importance to the US.” This attitude – that the West needs Pakistan, Pakistan does not need the West – explains Pakistan’s marriage with irrational but pragmatic, policies in the region.

"Pakistan is a security state and security states need a patron to feel secure. The US was a patron of Pakistan because the US needed Pakistan for its anti-Communist struggle during the Cold War but is increasingly being supplanted by China. Interestingly, it is China that has been consistently vetoing UN resolution for including JeM to the UNSC Terrorism Sanctions List.

"The use of non-state actors by a state is a clear violation of the United Nations Security Council Resolution 1267 that pertains to Afghanistan under the Taliban but could be applied to any state that violates the sovereignty of other states, use its territory for sheltering and training terrorists and provide safe havens to terrorists.

"Although full-scale war between India and Pakistan is unlikely because of the nuclear capabilities of both countries, regional stability will remain imperilled. The presence of terrorist groups in Pakistan and their alleged link with the security establishment in that country offers India the excuse to maintain a highly militarised presence in the State of Jammu and Kashmir.

"The international community will therefore have to work seriously with Pakistan and persuade it to dismantle the network of terrorist organisations that have operated in the country with impunity. So far, the international community has neither put serious pressure on Pakistan, nor threatened that it would face serious consequences if it continued with the suicidal policy of using non-state actors for internal or external policies.

"Likewise, tough questions must be asked about the nature of relationship between the state and violent non-state actors.  Are groups such as JeM and Lashkar e Tayyaba (LeT) outside of the state influence? If so, how do they operate on its soil? What is the link between retired army officers and these organisations, as a former army chief and a military spokesman once alluded to?

"What prevents the Pakistani state from acting against the Jihadi organisations? Who is responsible for allowing the banned outfits to operate with different names when they are banned under international pressure, as happened after January 2002? Are there any genuine security interests of the state that could be addressed by the international community? Seeking answers to these questions is essential to averting the constant shadow of a nuclear war in the volatile region.

"On the other hand, India must reflect on its relationship with the people of Jammu and Kashmir. Why are young people increasingly disenchanted with the Indian state? What are the internal factors that lead to home grown terrorism? Is it rational to push the region towards a catastrophic war for short term political gains? The international community needs to ensure that the two nuclear powers act responsible as the lives of over one billion population are at stake.

"In this context, the Indian state must renew the commitment of former Prime Minister Atal Bihari Vajpayee who called for the resolution of the Kashmir issue within the bounds of humanity rather than limit it to the Indian constitutional framework. Humanity must come first in Kashmir. After all, precious lives have been lost, more lives would be sacrificed on the altar of satisfying inflated egos and winning power, but they must remember that no power on earth can bring back to the bereaved families those loved ones lost to political machinations."