This year marks the 250th anniversary of the death of novelist Laurence Sterne and of the publication of his last book, A Sentimental Journey.

One of the most distinctive figures of 18th-century literature, Sterne has strong associations with York, working as a clergyman at the nearby village of Coxwold. The first two volumes of his most famous novel, The Life and Opinion of Tristram Shandy, Gentleman, were published in York at the end of 1759 and sold by John Hinxman of Stonegate, successor to John Hildyard, who had published some of Sterne’s earlier writing.

You’ll also discover why a mysterious painting owned by the Hildyard family in Yok - which appears to show characters from Tristram Shandy - can be seen as an emblem for Sterne and his writing.

This is a ticketed event.  See York Festival of Ideas website for booking information. 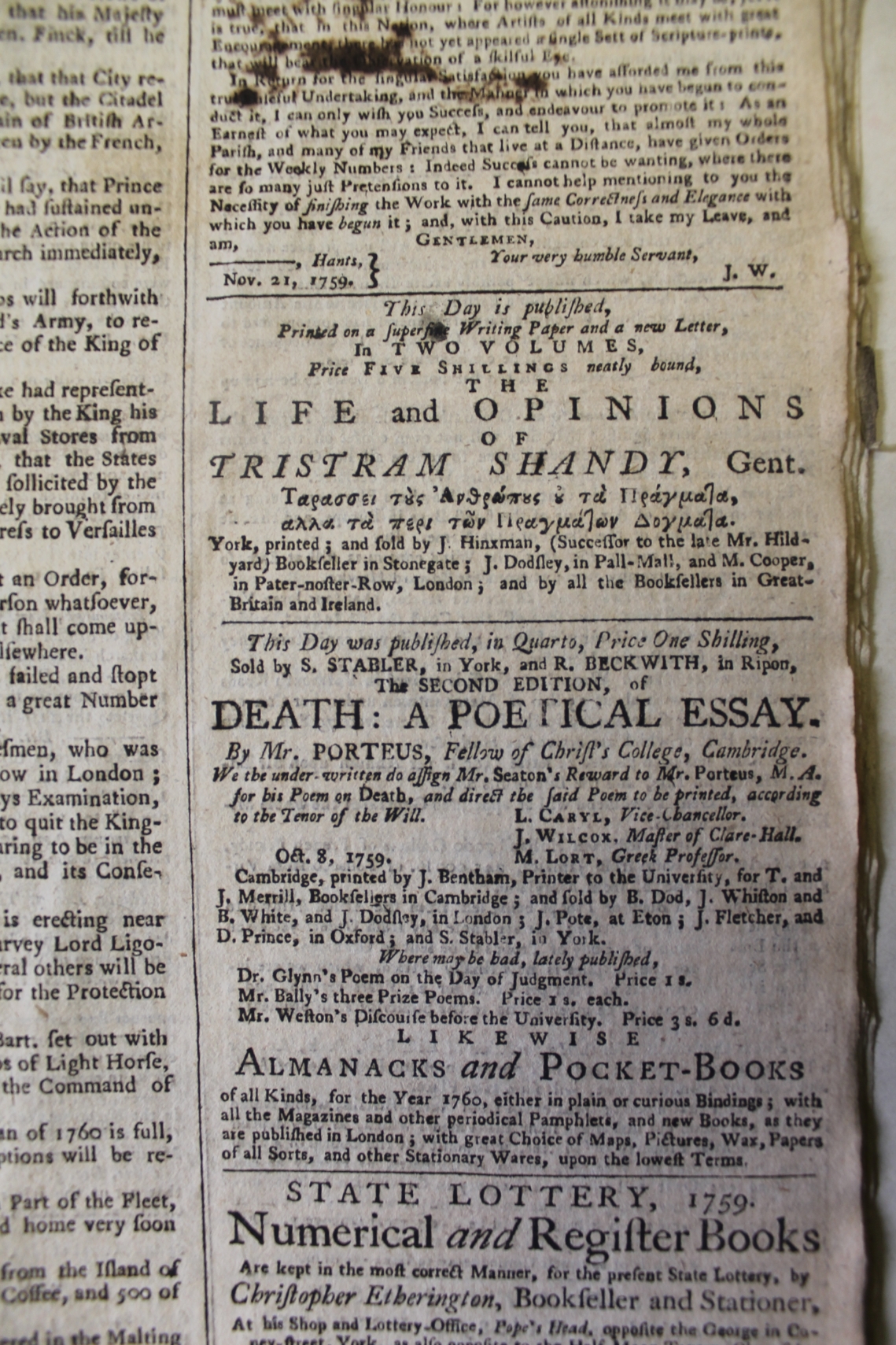