The University of York and Carcanet Press are delighted to present Phoebe Power and Oli Hazzard for an unmissable evening of poetry.

Phoebe Power received an Eric Gregory Award in 2012 and a Northern Writers' Award in 2014.  Recent poems have appeared in The Rialto, Oxford Poetry, and The White Review; and her pamphlet, Harp Duet (Eyewear, 2016), has been performed with original electronic music.  Her debut collection, Shrines of Upper Austria, is published by Carcanet in February.  She lives in York, where she is studying for an MA in English Literary Studies at the University of York.

Oli Hazzard's debut collection, Between Two Windows, was published by Carcanet in 2012.  His poetry has appeared in The Forward Book of Poetry, Best British Poetry, The Salt Book of Younger Poets and New Poetries (Carcanet, 2011).  He lives in Edinburgh and teaches at the University of St Andrews.  His much-anticipated second collection, Blotter, is published by Carcanet in February.

This is a Writers at York event.

Writers at York offers a lively programme of public readings and workshops, and aims to celebrate and explore the work of emerging and established contemporary writers. 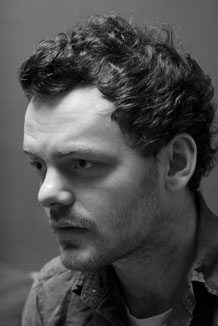